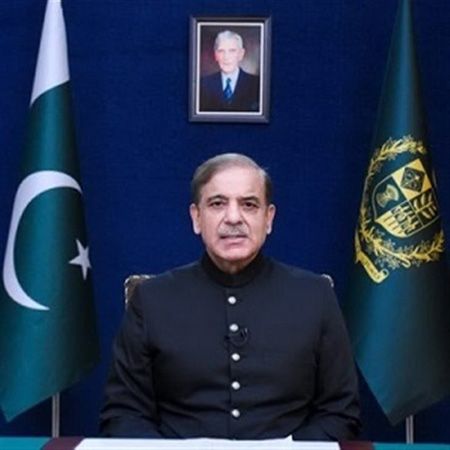 Prime Minister Shehbaz Sharif, PML-N Vice President Maryam Nawaz, and Pakistan Cricket Board (PCB) Chairman Ramiz Raja came forward Sunday to appreciate the Pakistan cricket team following their loss to India in the opening match of the T20 World Cup. – Twitter/ AFP/ PCB After India defeated Pakistan Sunday by four wickets in the high-octane opening match of the T20 World Cup, many cricket fanatics took to social media to express their disappointment in the team’s performance. However, considering that the Pakistani team fought till the end and tried its best to save the match, Prime Minister Shehbaz Sharif came to its rescue and bucked the Green Shirts up. Taking to Twitter, the PM wrote: “Brilliant effort, Team Pakistan. Great game!” Similar sentiments were echoed by PML-N Vice President Maryam Nawaz, who appreciated the team for employing efforts while rooting for it for the next match. “There’s no shame in going down while putting up a valiant fight. It’s the effort that matters and we saw lots of it today. The match was an absolute cliffhanger and could’ve gone anywhere. Buck up Boys & gear up for the next fight!”Chairman of Pakistan Cricket Board (PCB) Ramiz Raja also praised the team for putting up a “classic” show and said that he was “proud” of it. “A classic! You win some you lose some and as we all know this game can be cruel and unfair .#TeamPakistan couldn’t have given more with bat and ball. Very proud of the effort!” he wrote in a tweet.