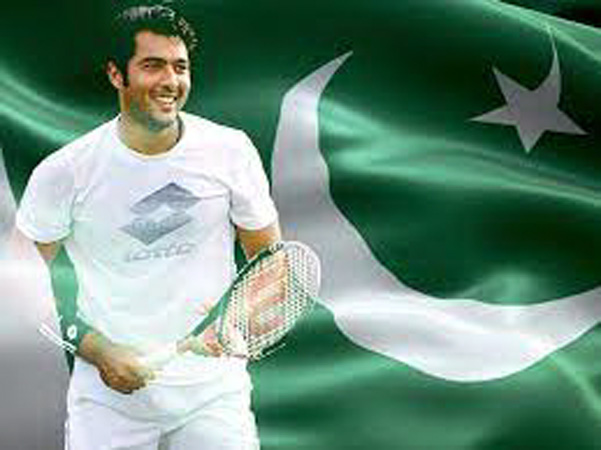 The sum of “Pakistan” and “sport” is almost as obvious as a 1+1: cricket. There is, however, one man who has been challenging the country’s sporting mathematics for almost a quarter of a century, Aisam ul-Haq Qureshi. A source of pride for the 42-year-old, who, however, does not want history to repeat itself. He wants Pakistani tennis not to automatically lead to “Qureshi” as a result. “Now I have realized, playing is my responsibility also, but maybe it’s my responsibility to groom the juniors”, said the doubles player during an extensive interview with CLAY in New York. It’s a big challenge for Qureshi, whose greatest achievement includes beating Roger Federer in doubles: political tensions between Pakistan and India are currently blocking the development of tennis in the country of 220 million people.

A Pakistani who plays tennis… You are the only one doing it at the professional level, in fact….

Every time for me being a Pakistani is like a privilege and honor, obviously, always try to be a door opener for Pakistani players, trying to lead as an example, very blessed and lucky to have the longevity. Also I’m 42 this year and still playing, still top 50, at the highest level of tennis and, I can only thank God for this. For me, I’ve always felt, that we have 220 million people in Pakistan and I’m the only one who has been representing Pakistan on the tennis tour for more than 20, 25 years. So I feel like it’s a gift from God to me, and I need to use it in the best way I can. That’s what drives me every day. And obviously, my family is behind me. They made so many sacrifices. I’m going to carry on doing that and hopefully can inspire juniors in Pakistan.

Because if you’re a Pakistani, you are supposed to play cricket….

You can say that! When I was in school days, I used to play cricket. Obviously, I think it’s very difficult to be a Pakistani and not play cricket, my mother, Nosheen Ihtsham, was Pakistan number one for 10 years. She was a national champion. My maternal grandfather, before India and Pakistan used to be one country, he was all Indian number one in tennis. So, you can say it’s like a family sport. I grew up watching my mom play, but I never picked up a tennis racquet till I was 13 years old.

I used to do all the other sports. So, when I was 13, my mom took me in summer vacation to see if I have some tennis genes also because I used to play all other sports and I picked it up really well. Very fast. And kind of was natural and, that’s how I got into it. But I never thought I’d become a professional tennis player because in Pakistan, my family, we only have doctors, engineers, business people, and no professional sportsmen. My mom played, but only to the national level.

So, what was your plan?

I always thought that probably I would use tennis to go to college and get a scholarship and do studies and stuff like that. I got to world number seven at 18. Asian number 1 in literally 4 years, I started playing, I started traveling. For the very first time I traveled in my life I was 16 years old. And when I was 18, after two years, I was Asian number 1 and world number 7. So that’s here my father and my mom were like, okay, there’s something special going on here, you know? And my coach at that time also, I had a lot of offers from America to go to college. But my dad at that time took a risk, I would say on me and he trusted my ability and he is like, you know, you can study all your life whenever you want to, but you have very limited years to play. So I will sponsor you basically, and I’ll push you and, go and play, become a professional player. And that’s what changed my life.

So he was sponsoring you for how long? I mean, did he give you a deadline? you have to be good before three years or four years…?

No, obviously the father and the parents don’t say that, you know, you always feel that pressure though. I got to 200 in the first two years, when I was 20, 21, I was already 200, 250. That’s a lot. So, it took a while because I felt, at the Challenger level was okay. But to come to the ATP level, I felt like physically, I was not strong enough to compete with the Europeans with the south Americans. At the tour level, I was losing a lot of matches in three sets and, it took a while. My first financial sponsor was when I was 27. So, after nine years in Pakistan, when people realized, the first time I qualified for Wimbledon in singles, and that was a big thing. that’s when I qualified and then I got my first financial sponsor. Which helped me, a little bit of relief. Now Pakistan companies are recognizing me, in 2009 being a Pakistani, I ended up beating Roger Federer in doubles, but for the big thing was in the Basel Open.

In India, they have a tennis tradition. Why doesn’t Pakistan have it?

I feel like compared to Pakistan, they just appreciate the athletes more. It’s not even about tennis only. I think other sports also if the players they’re doing well, they have more money, they have more marketing, expenditure, I would say to spend, and Pakistan is not so big like that everything goes through cricket. You get more, but since 2007, once I beat Roger and the US Open finals, people do recognize me now. Which is a good thing, but unfortunately there’s nobody else, you know, cricketers, you keep producing. Sometimes the companies kind of get tired. You are sponsoring the same player They want somebody new, the market is that way, unfortunately, there hasn’t been anyone so far.

Not any junior player, no one following your steps?

I’m trying, it’s not my duty, you know, it’s the Federation, the government. Now I have realized, playing is my responsibility also, but maybe it’s my responsibility to groom the juniors. And just before US Open, I started this new program in Pakistan called, the Ace Talent Time program. I have selected 16 kids from four different cities, and I have gotten them sponsors for coaching, for training and all the balls are going to be free for the whole year. I never got this when I was a young player, like I said, my first sponsor was when I was 27. So now in Pakistan, these 16 boys and girls under 14 and 18 for the whole year, the coaching and training will be free.

You are financing this with the help of your sponsors or personally?

No, I went out and looked for the sponsors. I got sponsors. I’ve never gone to sponsors for myself.

You are 220 million people, so there should be a player somewhere there, shouldn’t be?

There are, but as I said, at the junior level, they just don’t know which path to take, how to go about their tennis, how to go about their training. So that’s why now I have selected four coaches. Who are going to be taking care of these kids. Four trainers who are going to be training them every day. I am sending them the training schedule, and how to train as an athlete in Pakistan. When I was growing up, the first time I ever went into the gym, ever in my life I was 19 years old.

How much longer do you want to b a tennis player?

Obviously as long as the body can help you, as long as the mind can. I feel like being a Pakistani, playing at this level for me is like a blessing. For maybe other people, they take it for granted, out of 220 million people, I’ve been the only one playing at this level for 30 years, 20 years been top 15 now for 12 years. So, I feel like it’s a gift for me from God, you know? So, I need to use it in the best way I can. And I can’t just take it for granted. Obviously, a lot depends on the ranking also, if I keep it top 50 top 40, I keep playing the slams. I keep playing the masters. Then why should I stop, you know?

To win a Grand Slam final? Is that your goal?

Last question. If you had to define Pakistan, what would you say?

We are the most hospitable people. We love foreigners, is our culture to host people and whether it’s family who bring guests or like, our houses are open for everybody. In Europe, I feel like it’s a little bit different.