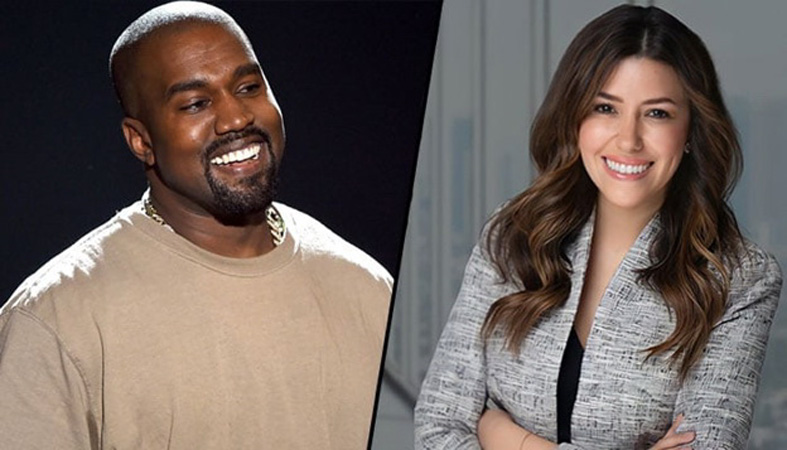 Kanye West has been in the spotlight lately for having a series of conflicting views and controversial statements. To help with legal matters henceforth, Ye has hired Camille Vasquez, who previously famously represented Johnny Depp in his defamation suit against the actor’s former wife, Amber Heard.

The Heartless rapper has now added the services of Brown Rudnick firm which Camille Vasquez is an essential part of the team. According to TMZ, it has not been disclosed in what capacity Vasquez will aid Kanye West, because several situations have escalated to the legal arena.

Depp’s legal team impressed many with the recent defamation trial win. Ben Chew and Vazquez helped the actor win $15 million in a suit Depp filed against Heard. However, while Chew was articulate throughout the trial, it was his associate Vazquez, who grabbed the media’s attention.

Balenciaga breaks ties with West — The troubles for the infamous rapper aren’t ending! Paris-based fashion house Balenciaga has ended ties with rapper Kanye West following a recent run of controversial statements, including an outburst denounced as anti-Semitic, according to fashion news site WWD. “Balenciaga has no longer any relationship nor any plans for future projects related to this artist,” Balenciaga’s parent company Kering told WWD.

It follows weeks of particularly erratic behaviour from West — now known as Ye. He made a surprise appearance earlier this month for his brand Yeezy at Paris Fashion Week, sporting the controversial slogan “White Lives Matter”, widely considered a racist response to the Black Lives Matter movement.

The 45-year-old artist then lashed out on social media against former colleagues and friends and a leading fashion journalist who criticised the move, including Kering boss Bernard Arnault. West had already broken off his partnership with Gap last month, with both sides saying they were no longer pulling in the same direction. Adidas announced earlier this month that it was putting its own tie-up with Kanye “under review”. Balenciaga and Kering did not respond to requests for comment from AFP.

Ye appeared as a model in Balenciaga’s most recent Paris show last month, wearing a military-style outfit in a mud pit. Images of him from the show were no longer visible on the Balenciaga website on Thursday. The rapper has a long-running relationship with Balenciaga’s creative director Demna, and they launched a tie-up line of clothing earlier this year.

The rapper-turned-mogul has been open about having bipolar disorder. A recent Netflix documentary, “Jeen-Yuhs”, laid bare his ongoing mental health problems. Ye’s recent comments, which included a rant about going “death con 3 on Jewish people”, led to his accounts on Twitter and Instagram being restricted.

Earlier this week, he announced he was buying the conservative social media platform, Parler. “In a world where conservative opinions are considered to be controversial we have to make sure we have the right to freely express ourselves,” he said.