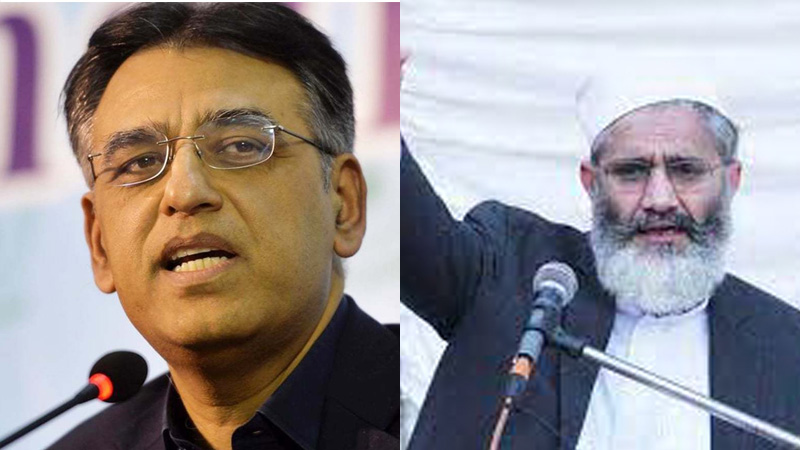 After the Election Commission of Pakistan agreed to a suggestion from the provincial government and deferred indefinitely local government elections in the province, it drew a strong reaction from the opposition Pakistan Tehreek-e- Insaf (PTI) and Jamaat Islami (JI) who threatened to go to court unless elections are held immediately. In separate news conferences, leaders of both parties lashed out at the Sindh government, accusing it of reluctance to hold local bodies election due to their vested interests in the megalopolis of Karachi. Responding to the development, PTI Secretary General Asad Umar claimed the “imported government ran away again”. “How long will you run?” he questioned. PTI leader Shireen Mazari said the decision removed any doubt about “the bias embedded in present ECP”. PTI leader Firdous Shamim Naqvi, in a separate statement, also criticized the federal government’s coalition partner and a major party from the urban areas of Karachi and Hyderabad, the Muttahida Qaumi Movement-Pakistan (MQM-P). Naqvi said that absence of a reaction from the MQM-P on the delay in local body elections was starting to raise suspicions.

PTI’s Khurram Sher Zaman said that the PTI will approach the Supreme Court over the delay in polls. He said that postponing the polls was against court directives and urged the court to take action. He added that the PTI had also filed a petition in the Supreme Court over the delay in the local bodies’ election. Criticizing the chief election commissioner for his actions, he stated that after the latest announcement, all that was left for him to do was to publicly announce his induction in the ruling Pakistan Democratic Movement (PDM) as he had been using different tactics to postpone local government elections in Karachi for months now.

Jamaat-i-Islami (JI) emir Sirajul Haq also lashed out at the postponement, alleging that the ECP took the decision in connivance with the provincial and federal governments after foreseeing the JI’s victory. “The parties claiming democracy are the enemies of democracy and are involved in a conspiracy to deprive the largest city of its fundamental right,” he tweeted. In a press conference Tuesday, JI Ameer Hafiz Naeemur Rehman said that government’s efforts to postpone local bodies’ election had finally paid off. He added that it showed that the PPP stood staunchly against democratic norms as well as the city’s progress. He demanded that provincial election chief commissioner resign over the delay in local bodies’ election. “We will file a petition against the Sindh government in the Supreme Court,” he said.