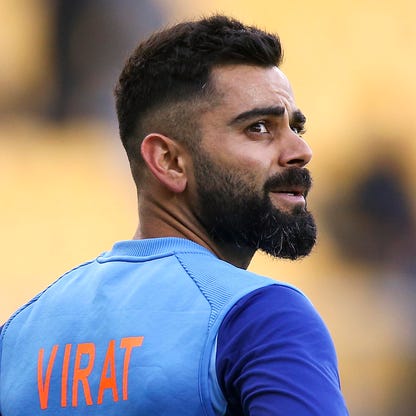 With India poised to face Australia in their first T20 World Cup warm-up game, star batsman Virat Kohli was all smiles during the team’s training session at Brisbane’s Gabba.

Kohli, who recently achieved his 71st century after an almost three-year wait, was demonstrating his amusing dance moves, leaving Rahul, Arshdeep, and Bhuvneshwar in stitches.

Kohli had previously struggled with his form, but he made a stunning recovery at the 2022 Asia Cup. The right-handed batter finished the regional tournament as the continental event’s second-highest run-scorer, trailing only Pakistan’s Mohammad Rizwan.

Kohli also ended his nearly three-year international century drought during the competition. He had a 122-run knock against Afghanistan.

India will play two warm-up games before opening their World Cup campaign against archrival Pakistan on October 23 at the famous Melbourne Cricket Ground.

India’s first warm-up game will be against hosts Australia on Monday, followed by a game against New Zealand on Wednesday. Both games will take place in Brisbane.

The former India captain was seen having fun with his teammates — KL Rahul, Bhuvneshwar Kumar and Arshdeep Singh.