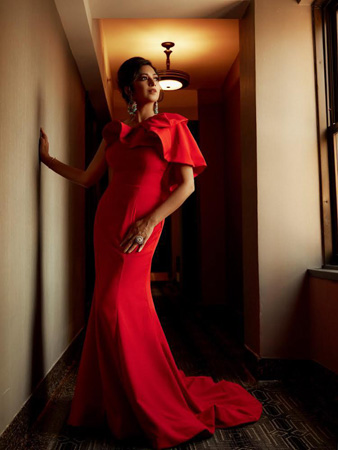 Anjali is an accomplished fashion designer and stylist who has a passion for making women look and feel beautiful. When Anjali Phougat walks into a room, heads turn. She’s that magnetic kind of person. Always styled to perfection with a warm smile, the U.S.-based fashion designer is a force to be reckoned with. Her collections reflect her Indian heritage while also incorporating modern trends and techniques. Anjali’s goal is to promote South Asian culture globally and make it more accessible to people all over the world. On the surface, Anjali Phougat’s life seems like a series of happy coincidences. After close to 15 years, Ms. Phougat has carved her own niche within the fashion industry in North America. With a special focus on clothes and jewelry, Ms. Phougat runs a boutique and has built up a strong clientele that goes well beyond the South Asian community in the U.S. Currently she is living in Ohio, United States with her husband and daughter. 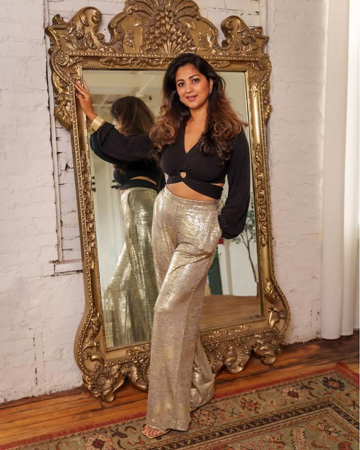 As a youngster, she always had a penchant for dressing up well and making a statement with her clothes. This led her to compete in the Miss Haryana pageant about 20 years back, and she emerged as the winner. Since then, she has been closely associated with the fashion industry and has worked on a number of fashion events and projects. Her designs have been worn by contestants in Miss USA and Miss Universe pageants. When Anjali Phougat was crowned Miss Haryana in 2000, she could never have imagined the heights she would achieve in the fashion world in such a short span of time. That was the time when her career started in the fashion industry, and today she is the biggest Fashion Designer from India, Anjali has come a long way. Her achievements have not only made her a household name in India but have also won her international acclaim.

Do you know that the Lehanga and jewelry that Miss Universe Harnaaz Kaur Sandhu in 2021 wore was designed by Anjali Phougat? Not only this but several high-profile celebrities wears the design of Anjali Phougat. Anjali is the CEO of Designer Dream Collection, a luxury fashion brand that is quickly gaining a reputation for putting its customers first and thinking outside the box. What makes her business stand out from others is the passionate support she has for various social causes. Anjali and her team believe in coming up with fashion statements that are unique and innovative, which is why their business is growing rapidly. Anjali is a highly-successful businesswoman with more than a decade of experience in the fashion industry. Anjali’s outfits were also showcased on the 2021 and 2022 Cannes Film Festival red carpet and New York Fashion Week shows. She is associated with and worked with many top Bollywood & Hollywood celebrities including Priyanka Chopra’s sister Mannara Chopra, Harnaaz Kaur Sandhu, Zeenat Aman, Ashmit Patel, Shakti Kapoor, and many others. 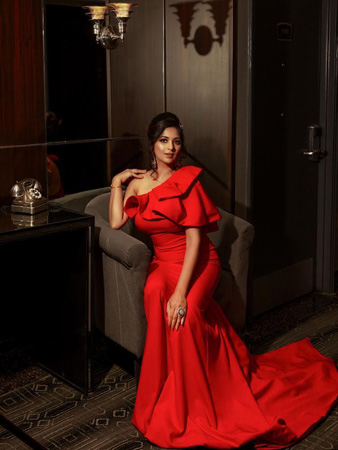