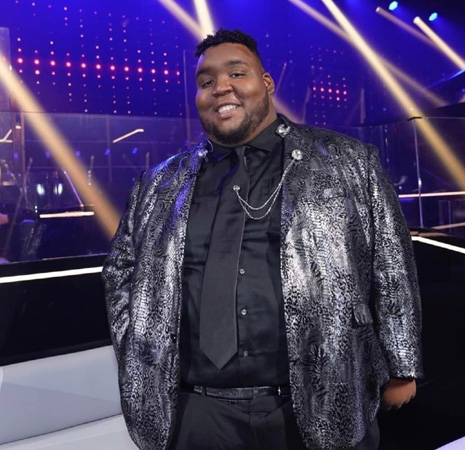 The American Idol family has lost a beloved member. Former contestant Willie Spence, who was the runner-up on season 19 of the competition series in 2021, died on Oct. 11, fellow American Idol alum Katharine McPhee shared. “I received very tragic news tonight,” she began her Instagram Story message. “Sweet @williespenceofficial passed away in a car accident. Only 23 years old.”

“Life is so unfair and nothing is ever promised,” McPhee, who was an Idol mentor during Spence’s season, continued. “God rest your soul Willie. It was a pleasure to sing with you and to know you.”

A Tennessee Highway Patrol report obtained by E! News confirmed Spence died after his car collided with a tractor trailer on an interstate in Marion County.

The Georgia native’s local outlet DouglasNow also shared news of his passing, writing on Facebook, “We extend our condolences to Willie’s family, friends, and fans. He was an extraordinary talent and a ray of light to millions across the world. He will be missed.”

“Wowww my heart really hurts!” singer Ali Caldwell, who appeared on The Voice, commented. “May you rest in paradise Willie. Such a star! And a sweet soul! You will be missed!” Two years ago, Spence gave a memorable performance of Rihanna’s “Diamonds” during his Idol audition for judges Katy Perry, Lionel Richie and Luke Bryan, with Richie giving the singer a standing ovation and calling him an “undeniable” star. Meanwhile, Perry told Spence, “You know you sing good. So my question is, this is my question, when you think about your future and you know the voice you have-because you know it stops people in their tracks, this is the magic you have-in five years, what do you want it to look like? In your wildest dreams, if nothing was standing in your way.”

In response, Spence said that he wanted his voice to “reach the world” and to share his gift with others. He also added to his wish list, “Hopefully winning a Grammy one day. That’s where I see myself in five years.” “It’s gonna take hard work,” he noted, “but I feel like I can do it.” After getting a “yes” from the three judges and advancing to Hollywood, Spence continued to deliver incredible performances, earning him a spot in the finals. While contestant Chayce Beckham ultimately won the season, Spence captured the hearts of viewers around the world.