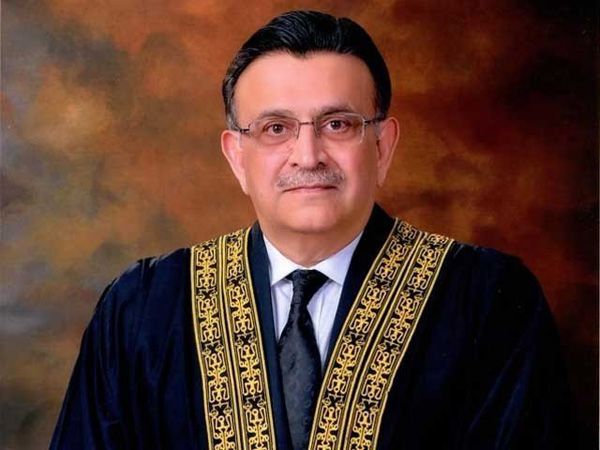 Chief Justice of Pakistan (CJP) Justice Umar Ata Bandial on Tuesday termed Article 62(1)(f) of the constitution a ‘draconian law’. The CJP made these remarks while heading a three-member bench which heard Pakistan Tehreek-e-Insaf (PTI) leader Faisal Vawda’s appeal against lifetime disqualification. Vawda had challenged his lifelong disqualification by the Election Commission of Pakistan (ECP) and the subsequent ruling by the Islamabad High Court (IHC). During the course of proceedings, the chief justice said Article 62(1)(f) was a draconian law, therefore the court would hear the case with utmost care. Advocate Waseem Sajjad, counsel for Faisal Vawda said his client had contested elections in 2018 and two years later a disqualification petition was filed in the high court for submitting a false affidavit. The CJP said ECP had rightly reviewed the case as it has the right to investigate a false affidavit. Even if the SC declared the lifetime disqualification orders illegal, the facts would remain the same, he added. Advocate Farooq H Naek said the IHC had clearly stated in its judgment that Faisal Vawda had accepted dual citizenship. “The only question, in this case, is whether or not the ECP can issue orders for lifetime disqualification,” observed CJ Bandial. According to Article 62(1)(f) of the Constitution, a person shall not be qualified to be elected or chosen as a member of Majlis-e-Shoora (Parliament) “unless – he is sagacious, righteous, non-profligate, honest and ameen, there being no declaration to the contrary by a court of law”.

In February, the Election Commission of Pakistan (ECP) disqualified Vawda for concealing his US citizenship and directed him to return the salary and other benefits he had received as a minister and as a member of the National Assembly, within two months. It had also de-notified him as a senator.

In his petition, Vawda has sought to set aside a declaration by the ECP on Feb 9 which led to his disqualification as a lawmaker for life. Vawda pleaded that the ECP had cited no reason for invoking Article 62(1f) of the Constitution to disqualify him for life. The commission appears to be under an impression that any person disqualified under Article 63(1c) – for having dual nationality – could automatically be penalised under Article 62(1f), he said. In order to incur a penalty under Article 62(1f), there must be mens rea (criminal intent) as well as evidence before a court of law, the petitioner said, but “both are missing in the ECP’s pronouncement”. The ECP had disqualified Vawda for life by invoking Article 62(1f), even though the Supreme court had held in Allah Dino Bhayo case last year that the commission was not a court of law, he said.

It is pertinent to mention that in 2018, the apex court had ruled that disqualification handed down under Article 62 (1)(f) was for life. Article 62(1)(f) was the same provision under which former prime minister Nawaz Sharif was disqualified by a five-judge SC bench on July 28, 2017, in the Panama Papers case. Likewise, former PTI leader Jahangir Tareen was disqualified in 2017 by a separate bench of the apex court under the same provision.