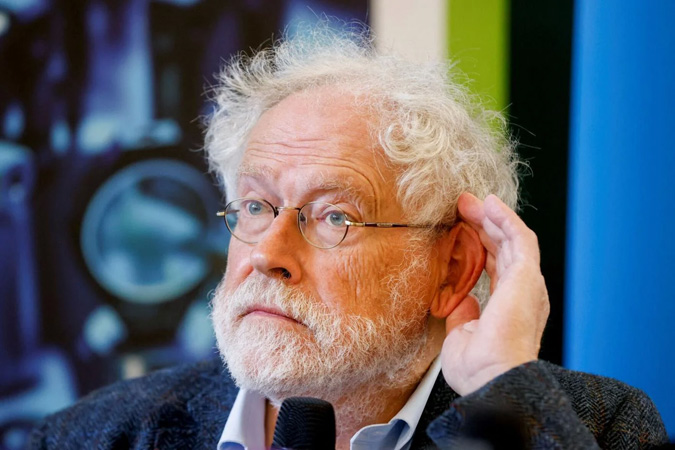 Scientists Alain Aspect, John Clauser and Anton Zeilinger won the 2022 Nobel Prize in Physics for their advances in quantum mechanics on the behaviour of subatomic particles, opening the door to work on supercomputers and encrypted communication.

The awards were given for “experiments with entangled photons, establishing the violation of Bell inequalities and pioneering quantum information science”, the award-giving body said on Tuesday.

The scientists all conducted experiments into quantum entanglement, where two particles are linked regardless of the space between them, a field that unsettled Albert Einstein himself, who once referred to it in a letter as “spooky action at a distance”.

“It was very kind to receive your phone call just about an hour ago and I’m still kind of shocked, but very positive, so thank you very much,” Zeilinger told a news conference over the phone. 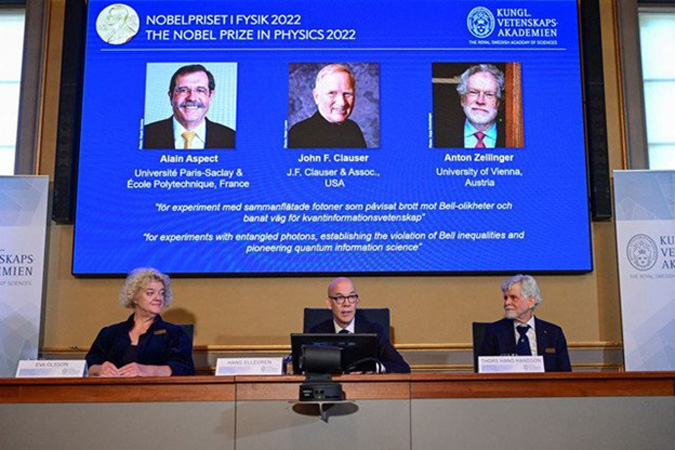 “I have to say that I was always interested in quantum mechanics from the very first moment when I read about it. I was suddenly struck by some of the theoretical predictions because they did not fit in all the usual intuition which one might have.”

In background material explaining the prize, the academy said the laureates’ work involves “the mind-boggling insight that quantum mechanics allows a single quantum system to be divided up into parts that are separated from each other but which still act as a single unit.”

“This goes against all the usual ideas about cause and effect and the nature of reality.”

The Academy said that as a result of their work, development was underway to use the “special properties of individual particle systems to construct quantum computers, improve measurements, build quantum networks and establish secure quantum encrypted communication”.

The laureates explored in ground-breaking experiments how two or more photons, or particles of light, that are “entangled” because they come from the same laser beam, interact even when they have separated far apart from each other.

The more than century-old prize, worth 10 million Swedish crowns ($902,315), is awarded by the Royal Swedish Academy of Sciences.

Physics is the second Nobel to be awarded this week after Swedish geneticist Svante Paabo won the prize for Physiology or Medicine on Monday.

The prestigious prizes for achievements in science, literature and peace were created in the will of Alfred Nobel, who made a fortune from his invention of dynamite and have been awarded since 1901 with some interruptions, primarily during the two world wars.

The physics prize has often taken centre stage among the awards, featuring household names of science such as Albert Einstein, Max Planck, Pierre Curie and Marie Curie, and rewarding breakthroughs that have reshaped how we see the world.

Announced over consecutive weekdays in early October, the physics prize announcement will be followed by awards for chemistry, literature, peace and economics, the latter added in 1969 to the original line-up.