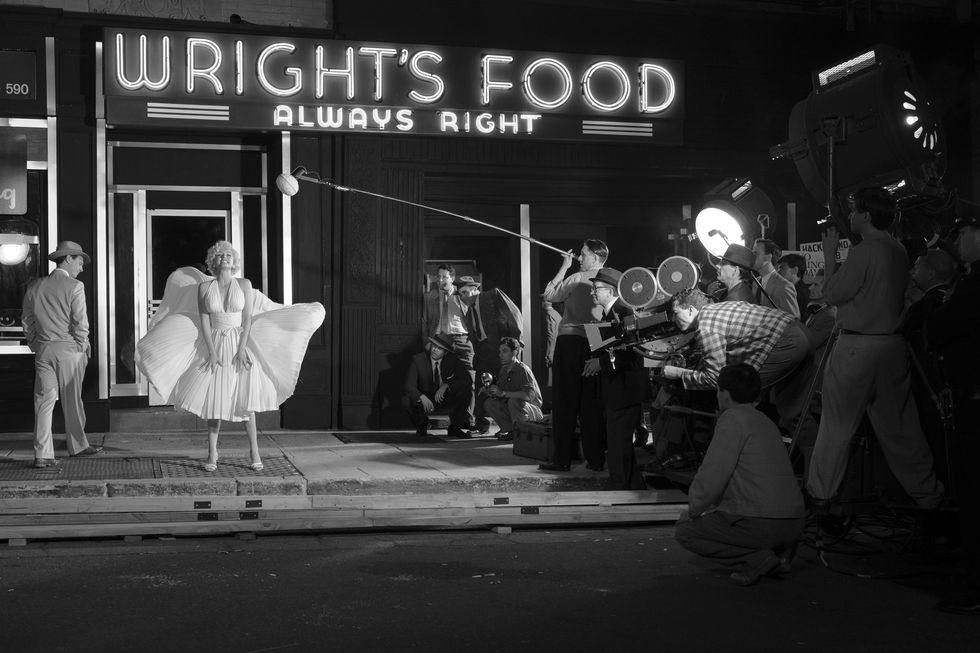 Blonde film directed by Andrew Dominik based on the novel “Blonde” by Joyce Carol Oates, which is a fictionalized account inspired by the life of Marilyn Monroe. It is a blend of actual and factual events from life of most popular American actress Marilyn Monroe. The exploration of the idea of Marilyn Monroe which is portrayed as her identity of being a famous actress is manmade and favor in return of being involved in a physical relationship. For the sake of make a living and earning money Marilyn Monroe starts her journey by doing bold photoshoots.

The film in a nutshell shows the pain that Marilyn Monroe endured during her lifetime. All the domestic (marital) abuse, parental absence, mental instability, sexual abuse, insults and substance abuse.

Initially, the childhood of Marilyn is shown in which her mother shows her picture of her father who left her mother for being pregnant. As, her mother is an emotionally and mentally unstable individual, she even tries to hurt Marilyn. Her real name was Norma Jeane Mortenson. She grows up in an orphanage. She remembers and misses her father her entire life.

In the acting role is most often told to cry. The actress is crying or naked, or both. She goes to visit her mother in the asylum and her mother refused to recognize her. After 2 3 visits, she asks her mother’s doctor if the mental illness is inherent, which actually is. Later she starts suffering from the illness and took addictive substances. The actress can be seen as a fragile victim to be objectified all her life. She even became a sex symbol in 1950’s and 1960’s. However, the fragile Marilyn had always searched for a father figure, love and protection.

It is a type of film that leaves you with a lot of feelings at the conclusion. The depiction of woman as an object in the industry. In most of the scenes Marilyn is seen to be a vulnerable innocent human who craves for love due to her emotional instability.

After being in abusive marriage Marilyn ends up dead in her own house all alone due to substance abuse at age of 36.

Despite being a biography and a visual representation of her life-long pain and depressed life it is an underrated one and is being criticized for promoting abortion propaganda.