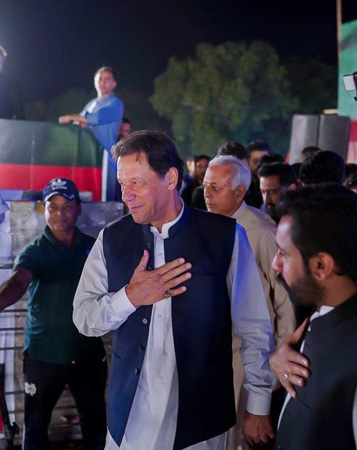 Former premier and Pakistan Tehreek-e-Insaf (PTI) Chairman Imran Khan Sunday said that the ruling Pakistan Muslim League Nawaz (PML-N) Vice President Maryam Nawaz has given a new life to the cypher, a private TV channel reported. “The copies of the cypher were sent to the National Security Committee (NSC), National Assembly, chief justice and the president. They [current rulers] had termed the cypher a lie,” Imran Khan said while addressing a mammoth public gathering in Taxila. “I want to thank Maryam Nawaz who never tells truth to give new life to cypher. I want to thank you for proving my statements [regarding the cypher] true,” he said. “They staged a new drama now that the cypher is missing. Maryam Bibi, the cypher is not missing but you should ask the foreign ministry as the copy of the cypher is still there. The master copy of the cypher is still present in the Foreign Office,” he added. The former PM challenged the rulers to arrest him instead of giving threats. “This is the movement of real independence and we are ready to face jails.

I am ready to go to jail and my nation as well. We are not afraid of jail,” he said, adding that the nation is ready to sacrifice their lives for real independence.

The former prime minister said that the ‘neutrals’ – who had the power to stop the ‘foreign conspiracy’ against his government – will not be forgiven by the people. He said that the entire nation looked up to the people and institutions who held ‘actual power’ but it was disappointed.

Imran called Finance Minister Ishaq Dar as the ‘greatest coward’ he has seen. He claimed that a man as coward as Dar would never return to the country without a ‘deal’ and assurance by the powers that be. 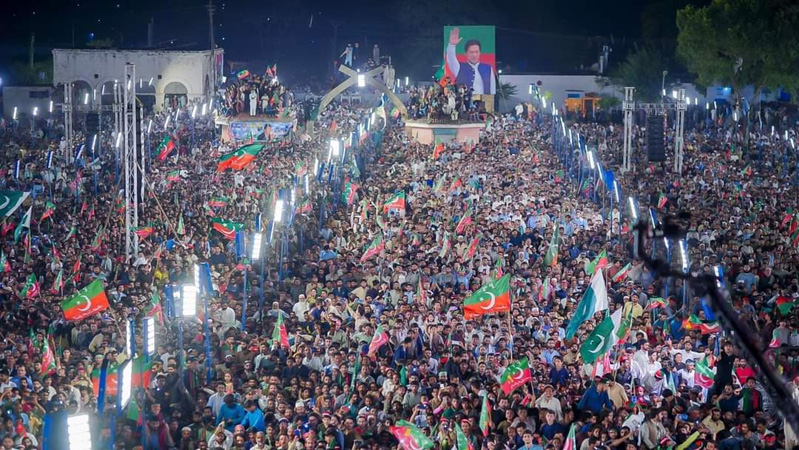 He also highlighted the audio leak of Maryam Nawaz seeking import of machinery from India for her son-in-law. PTI chief also questioned judiciary for acquitting Maryam Nawaz in Avenfield reference case despite members of the Sharif family owning it on multiple occasions.

Ex-PM claimed that the chief election commissioner was a tout of PML-N whose only job is to find ways for rigging as PTI’s opponents cannot defeat them in the electoral ground. “Taxila, the chains do not fall, but they need to be broken. Freedom is not served in a plate, but it has to be snatched,” Imran said as he urged the people to participate in the real freedom march against the government which is for the future generation of Pakistan. He said that Interior Minister Rana Sanaullah put on a show of brutality on May 25 during their Haqiqi Azadi March, but it won’t happen again. PTI chief claimed that he has devised a new plan considering every tactic the government can use against them.

Imran said that the incumbent government had proclaimed that they were removing him for runaway inflation, but today, things are far worse than during his tenure, so what was the point of removing him.

The PTI chief went on to answer himself, stating that the incumbent government’s objective was to change the law to absolve themselves of their corruption. He asked those who could have stopped the conspiracy against his government, the nation would never forgive them.

Imran Khan said runaway inflation is the gift by the ‘imported government’, adding people at the helm only want to get clean chit in corruption cases by tweaking anti-corruption laws. PTI chairman said that Pakistan would become a haven of white-collar crime after recent amendments in NAB laws.