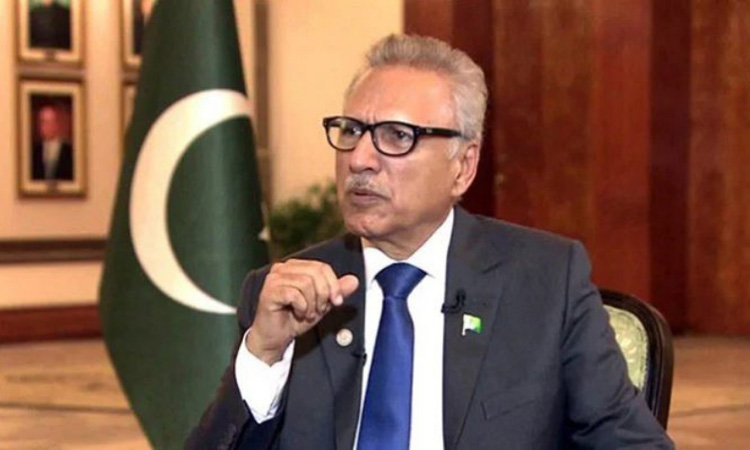 President Dr Arif Alvi has awarded the major penalty of dismissal from service to a Director General of Pakistan Electronic Media Regulatory Authority (PEMRA), and also enhanced the fine from Rs2 million to Rs2.5 million. He held that it had been established beyond any reasonable doubt that a female employee was harassed by the accused with verbal, vulgar, sexual, and demeaning comments and demands by the appellant (DG).

The president held the decision of the Federal Ombudsperson for Protection against Harassment of Women at Workplace (FOSPAH). The president observed that he took a strong exception and used the full force of the law when such matters were brought to light and were proven beyond doubt to ensure a safe working environment for the female workers. This, he said, was aimed at unleashing their great economic potential which remained unexploited due to their fear of harassment at the workplace.

The president further ordered that the amount of compensation should be recovered from arrears of pay (if any), pension emoluments or any other source (property) of the appellant as per Section 4(i)(d) of the Protection Against the Harassment of Women at Workplace Act 2010 and be given to the complainant as compensation in lieu of the hardships faced by her at the hands of the appellant.

“This landmark decision was announced after the president gave personal prolonged hearings to the accused, the complainant and their counsels on 22.07.2022 and 25.07.2022, besides factoring in the evidence and recording the statements of the witnesses on record and minutely perusing the entire proceedings of the case,” the President Secretariat Press Wing said. In his decision, the president noted that the accused continued harassing the complainant unabated even during the proceedings of the case by the FOSPAH, in his suspension period, by filing applications against the complainant to IG Police, Islamabad and to DG (FIA), Cyber Crime Wing, Islamabad, thus, inflicting grave mental torture to the complainant and putting her repute at stake.

He said that the act of accused was a flagrant violation of the laws of Pakistan, particularly the Protection Against Harassment of Women at Workplace Act 2010, and a blatant example of how women were discouraged, even those brave ones who come forward risking their reputation, to file cases of harassment.

“The statistics with reference to the number of cases are infinitesimal as compared to the anecdotal discussion of the frequency of harassment in our society,” he added. In his order, the president wrote that women, who were more than 50% of our society, were unable to work freely because of possible harassment. “Public spaces are reduced for them; educational opportunities which is their right have been denied to them by their parents in certain cases because of the fear of harassment at the educational institutions as they look for ‘girls/women only institutions’.