Armed men wearing military fatigues stopped two buses near Mastung, Balochistan this past weekend, ordered the male passengers to offload and took them to the hills where at least 22 of them were executed, according to a man who apparently witnessed and survived the deadly assault. The buses had commenced their ill-fated journey from Pishin in the Pashtun part of Balochistan and those slaughtered were almost all Pashtuns. The killers apparently checked the national identity cards of the passengers to separate the Pashtuns from the Baloch and massacred the former in cold blood. This was perhaps the first mass killing of the Pashtuns in Balochistan. Fingers were immediately pointed at the Baloch, both the separatists and the gangs backed by elements within the state.

The shrieking chorus calling for immediate and ruthless action against the Baloch separatists was largely led by voices out of Islamabad and Punjab. This is the exact same crowd that has gone on for years advocating dialogue with the Taliban, atrocity after atrocity. The Punjab-based analysts demanded a Baloch eye for a Pashtun eye without realising that it would blind the whole of Balochistan, or maybe they did. A Pashtun-Baloch ethnic fault line is a powder keg that if, heaven forbid, ignited will blow that part of the world up in flames. Thankfully, Pashtun political leaders and cadres, especially from the Pashtun areas of Balochistan, were incredibly stoic and highly prudent in such testing times and uncharted waters. The families and clansmen of the Pashtun victims were restrained in their protest despite being inundated by grief, denying anyone to exploit their devastation and vulnerability. The Baloch separatist groups like the Baloch Liberation Army (BLA), Baloch Liberation Front (BLF) and the Baloch Republican Army (BRA) condemned the attack, which they called an attempt to pit the Baloch and the Pashtuns against each other, and denied any involvement in it. Mureed Baloch, claiming to represent the United Baloch Army (UBA), ostensibly a separatist group, took responsibility for the assault. The UBA was alleged to be associated with Nawabzada Mehran Marri but he too vociferously condemned the terror attack through a series of tweets. Challenging those who had tried to pin the blame on him, Nawabzada Marri wrote, “You should know my mom is a Pashtun from Pishin, home of the victims.”

The home minister of Balochistan, Mr Sarfaraz Bugti, declared within hours of the assault that the attackers “were linked to the Indian intelligence agency, the Research and Analysis Wing (RAW)” and the ghastly act was “a consequence of the incident when (Pakistan’s) national flag was raised high in the (Indian) occupied Kashmir”. We had discussed in this column just last week that branding the Baloch separatists as being RAW-sponsored affords the state an unprecedented impunity to kill and it has become a common practice to dump them. According to media reports, the Balochistan home minister has also claimed that the government has “inconvertible” proof of RAW involvement. One hopes the minister will divulge that evidence without further ado and the federal government will spare no time in bringing such proof to the UN Security Council to take India to task.

In the wake of the Mastung massacre, the federal government did convene an all parties’ conference (APC) in Quetta on Tuesday, which was presided over by Prime Minister (PM) Nawaz Sharif and attended by political leaders and military officials. The APC was unusually low key and, other than blaming “the enemy for trying to sabotage Pakistan’s economic progress” and projects like the China-Pakistan Economic Corridor (CPEC), did not result in anything substantial.

That the PM visited Balochistan was a welcome move but reducing the Mastung massacre and indeed the whole of the Balochistan crisis to just the CPEC issue and an alleged Indian involvement seemed quite cavalier. The CPEC is being presented as not a highway network with great economic potential but a shortcut to fix all that ails Pakistan. Ignored was the fact that the ongoing violence in Balochistan, whether from secular militants, jihadist terrorists or elements in state agencies, provides a ready milieu in which another carnage like Mastung is inevitable. The morass remains hinged predominantly around the state’s attempts to trounce Baloch separatism for good. In Balochistan, the security establishment appears to be following the Sri Lankan template that was used to decimate the Tamil separatists there. A magic number of 13 years is thrown around in such circles as the time it will take to subdue the present Baloch separatist movement, which in fact has been much longer than the 1948, 1958, 1962 and the 1973 insurgencies. That the first three Baloch movements were launched long before RAW was even conceived or the fourth and current one before there was a CPEC project is not lost on the establishment’s wonks but taming the Baloch without addressing their grievances has taken on a certain urgency for them.

From the introduction of assorted jihadist lashkars (militias) in Balochistan to counter the separatists to the ongoing surreptitious but ruthless military operation, the objective has been to route the Baloch by all means necessary. On the touchstone of so-called national interest the foul has been considered fair for over a decade now. It is certainly not beyond them to play the Baloch and the Pashtuns off each other to neutralise the former and weaken the latter in the process. The Baloch and Pashtuns have peacefully lived side-by-side for thousands of years but have different, if not necessarily competing, perspectives on nationalism, economy and, above all, the level of integration with Islamabad. In a volatile environment even minor differences between ethnicities could be used as a substrate by outside forces to trigger violence. Nothing can stigmatise the Baloch insurgency more than slaughters like the one in Mastung. While the Baloch have absolutely nothing to gain from such reprehensible acts they have a world to lose when it gets pinned on them. Both the Pashtun and Baloch leadership will have to keep a high index of suspicion to thwart any future attempts to ignite the ethnic powder keg. 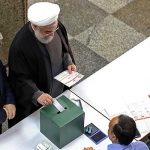