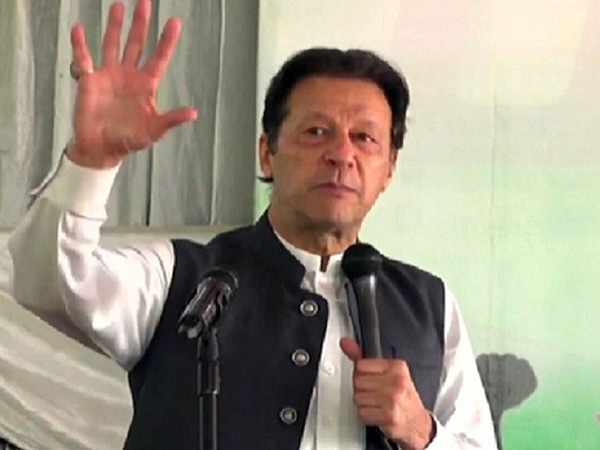 Former prime minister and Pakistan Tehreek-e-Insaf (PTI) Chairman Imran Khan has said that ‘thieves’ have taken over the country and they were now not getting relief in corruption cases under ‘NRO-II’, a private TV channel reported.

Addressing the Insaf Student Federation (ISF) girls convention, Imran Khan decried how recent amendments made to the country’s accountability laws were allowing the government to systematically close corruption cases against their leaders and for them to return to Pakistan without fear of prosecution for alleged graft. He said that PML-N-led coalition government are busy whitelisting themselves and closing corruption cases against them.

Imran further said that the poor should be released from jails if powerful cannot be brought under the law. “What is the fault of the poor? The likes of Zardaris and Sharifs are sitting everywhere in poor countries where there is no rule of law,” he added.

Imran Khan said that he was not doing politics but waging ‘jihad’ to achieve the ‘real freedom’ for the country’s better future. He said that rural Sindh was going through the “worst form of slavery”, therefore, the nation will have to rise up to the occasion and wage jihad (holy war) for future generations.

He said that about 80% of women are stripped of their rights in rural Sindh, urging the nation to fight for the future generation and the “Haqiqi Azadi” (real freedom).

Once again criticising his political opponents, Khan said that the khalifahs (caliphs) in older times used to present themselves before the court but people like Nawaz Sharif and Zardari take money abroad. “How will the country develop when it is ruled by these thieves?” he questioned.

Claiming that he was devastated after seeing the treatment people had been receiving in Pakistan, he noted that only in a society where there is no justice that people are treated worse than animals. “A society which has no justice, people there falls even below than animals,” he said. He deplored that instability was rising daily

Imran said that that in Pakistan those who committed a smaller crime are in jail; however those who are guilty of major crimes but are powerful are currently comfortable in the power corridors.

Addressing the women, he said that this was a decisive time for the country and urged them to go door-to-door and spread the message of freedom and make Pakistan independent from corrupt governance. He concluded by reiterating that soon be will give the call for his “Haqeeqi Azaadi Tehreek” and called on everyone to participate.

Separately, Imran Khan chaired a meeting of PTI’s senators in Islamabad wherein he expressed concerns over the NAB amendments.

Following the amendments to the NAB law, the accountability courts, where once the most powerful people stood trial, have started returning corruption references to the NAB chairman as the accused could no longer be tried because the courts lack pecuniary jurisdiction in the cases.

Imran while addressing the participants of the meeting said the incumbent rulers have made mockery of the accountability system by giving themselves “NRO-II” in corruption cases worth Rs 1,100 billion. He reiterated that the “thriving economy” was thrown into tailspin by toppling his government through vote of no-confidence.

Imran said uncertainty is a “deadly poison” for economy which he said can only be neutralised with the announcement of early elections. Millions of Pakistanis in the country are reeling under disasters like floods whereas “the crime minister [PM Shehbaz Sharif] and the ministers are wasting the nation’s money on luxury trips”.

Calling upon the party leaders to remain prepared, Imran said his struggle for ‘real freedom’ has entered the decisive phase and he will soon give call for protest.