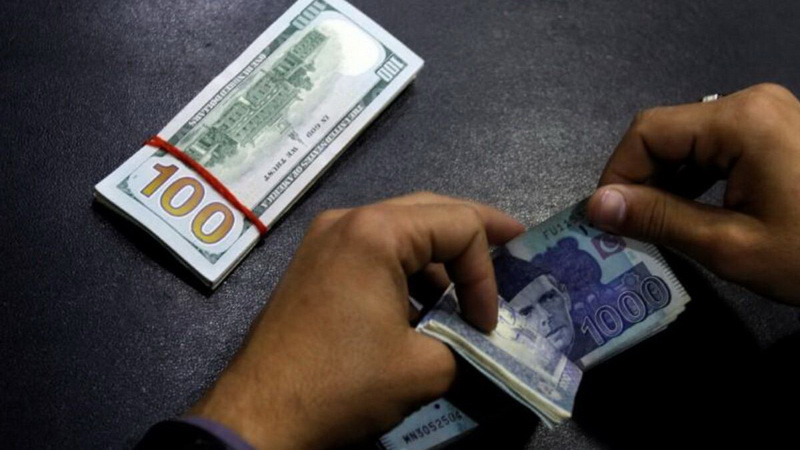 Pakistan rupee on Wednesday depreciated by 74 paisa against the US dollar in the interbank trading and closed at Rs 239.65, against the previous day’s closing of Rs 238.90.

According to the Forex Association of Pakistan (FAP), the buying and selling rates of dollars in the open market were recorded at Rs 242.5 and Rs 244.8 respectively. The price of Euro decreased by Rs 1.73 and closed at Rs 237.34 against the last day’s closing of Rs 239.07. The Japanese Yen remained unchanged to close at Rs1.66, whereas a decrease of Rs 1.45 was witnessed in the exchange rate of the British Pound, which was traded at Rs 271.73 as compared to its last closing of Rs 273.18.

The exchange rates of Emirates Dirham and Saudi Riyal increased by 19 paisa each to close at Rs 65.24 and Rs 63.72 respectively.

The downward streak in the rupee led to it becoming the worst performing currency in the emerging markets on Tuesday.

An emerging markets analyst said that the delay in inflows of promised funds from Gulf Cooperation Council (GCC) countries had impacted the rupee.

Conversely, a month ago, the local currency won the title of the best-performing currency in emerging markets in August 2022. The IMF approval of the loan tranche of $1.16 billion had also supported the currency’s stabilisation, the analyst said.

Experts said the rupee is weakening mainly due to the dollar strengthening against world currencies as the Fed hinted at increasing interest rate by 0.75% in the forthcoming monetary policy of the US.

Besides, losses incurred by the devastating floods increased the demand for the greenback to import agricultural products including cotton. Textile exporters are fearing losing orders amid high inflation in the west.

Accordingly, the Pakistani rupee may remain under pressure against the greenback.