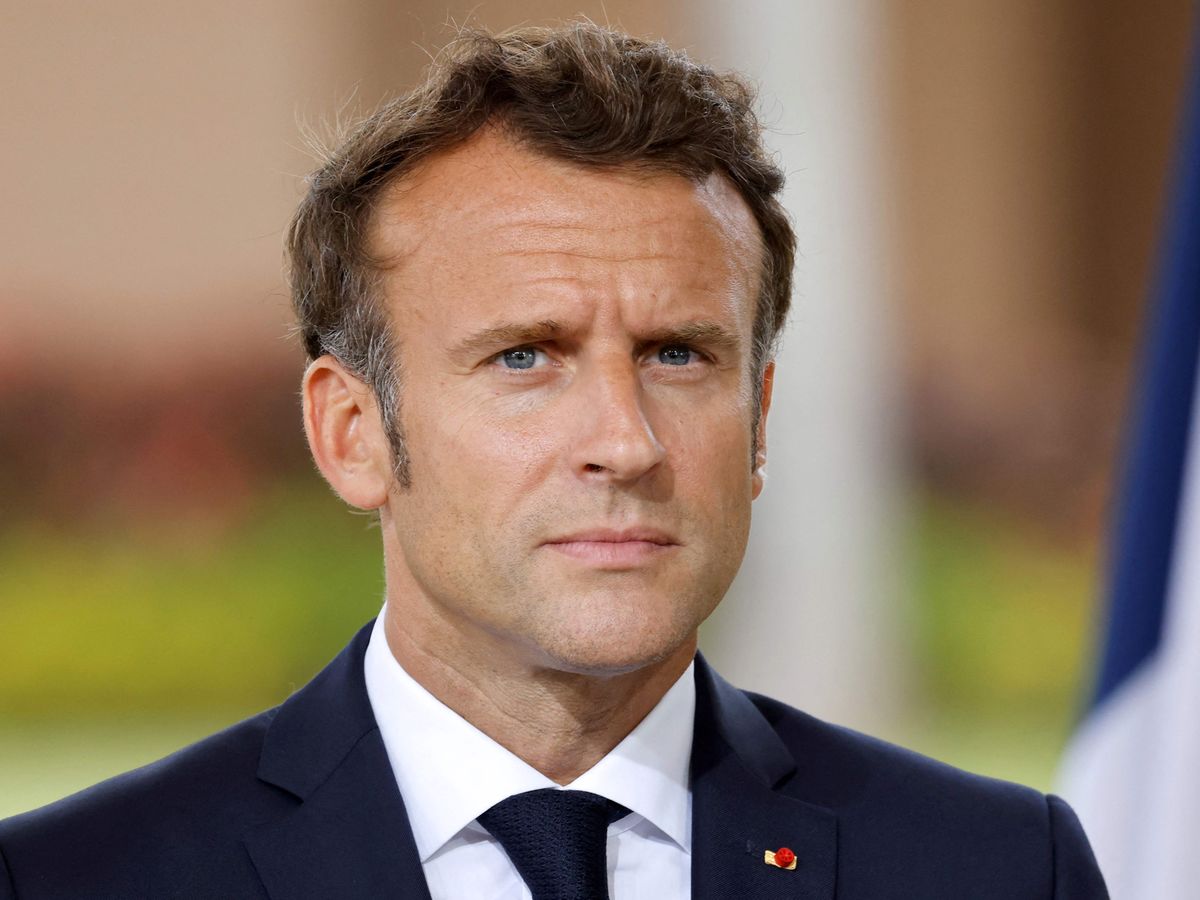 According to local media, French President Emmanuel Macron was criticised for his attire while visiting London to pay tribute to Queen Elizabeth II.

Macron and his wife Brigitte paid a visit to Westminster Hall on Sunday, the day before the British monarch’s funeral. Instead of his usual traditional suit and black leather shoes, the 44-year-old chose a casual blue jacket, sunglasses, and navy blue sneakers for the visit. Brigitte was dressed in a similar manner.

The president’s decision to wear “streetwear,” as defined by a French talk show, provoked outrage on social media and disseminated misinformation that he had breached the conventional funeral dress code. The trainers, allegedly from French luxury brand J.M. Weston and priced at 570 euros, also raised questions.

While the host of the French talk show radio channel RMC insisted on a “dress code to follow,” the national daily Le Figaro referred to Macron’s shoes as “trainers of strife.”

However, according to the British newspaper The Independent, the French president, and his wife were attempting to take an “incognito” stroll to observe the mourners who had assembled to pay tribute to the Queen.

Thousands of people had gathered outside Westminster Hall in London to honor Queen Elizabeth II, the longest-serving British monarch, who died on September 8 in Scotland’s Balmoral Castle. She had been lying in state at the hall for the previous four days.

In a video, Macron and Brigette are seen walking among the public who had gathered outside the hall, followed by advisers and security.

“Emmanuel Macron incognito is possibly the least incognito person I’ve ever seen,” observed a Twitter user, who shared a video showing the President speaking to a reporter in French.

Macron stated on Sept. 8 in response to the Queen’s death that she had personified the “continuity and solidarity” of the British countryside for more than 70 years.

“I remember her as a friend of France, a kind-hearted queen who left a lasting mark on her country and her century,” he tweeted.