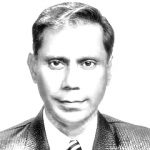 January 26 is commemorated as India’s Republic Day, the date on which the Constitution of India came into effect in 1950 replacing the Government of India Act (1935) as the governing document of India. Every year, this day is celebrated with pomp and splendour but this year, it has become the victim of a self-inflicted […]

Currently this scribe is touring Australia and has had the opportunity to observe the life-threatening bushfires from up-close and here is my two cents worth on the topic. Bushfires in Australia impact extensive areas and cause property damage and have accounted for the deaths of 800 people in Australia since 1851, and millions of animals. […]

China’s meteoric economic rise has been viewed with awe and envy by the West. Instead of competing with its prudent pecuniary progress, following the “Tall Poppy Syndrome,” the West finds it opportune to drown Chinese fiscal prowess in a deluge of false accusations. China’s soft underbelly has been the Xinjiang Uygur Autonomous Region, which was […] 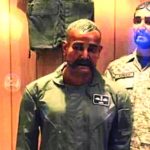 27 February will go down as a Red-Letter Day in the history of Pakistan and its air force. On 14 February 2019, a convoy of vehicles carrying security personnel on the Jammu Srinagar National Highway was attacked by a vehicle-borne suicide bomber at Lethpora in the Pulwama district, Jammu and Kashmir, India. The attack resulted […]

Amidst massive anti-government protests against a contentious new citizenship law Indian Prime Minister Narendra Modi’s Hindu nationalist party BJP has lost a key state legislature election. The polls at Jharkhand were held amid protests calling for the revocation of the controversial citizenship law, which critics say is the latest effort by Modi’s government to marginalize […]

Narendra Modi’s Bharatiya Janata Party (BJP) has defied its own Constitution and Secular status by approving the controversial Citizenship Amendment Act (CAA), which gives Indian citizenship to immigrants from three neighboring countries-but not if they are Muslim. Hundreds of people joined a hunger strike, while scores have been killed in protests all over India. Political […]

The US House of Representatives recently passed the Uyghur Human Rights Policy Act of 2019. It is a harsh piece of legislation, which deliberately smears the human rights condition in Xinjiang, slanders China’s efforts in de-radicalization and counter-terrorism and viciously attacks the Chinese government’s Xinjiang policy. Another country’s ratification of such a resolution seriously violates […]

The Indian military’s Agni-III ballistic missile failed its maiden night test launch and crashed into the sea shortly after launch, reported Indian media. The missile plunged into the sea after the first-stage separation. It was launched from Abdul Kalam Island off India’s Odisha coast. The Agni-III ballistic missile is capable of hauling conventional and nuclear […]

Last week, Sri Lankans voted for a new president after a year of political upheavals and deadly terrorist attacks. Reposing confidence in Gotabaya Rajapaksa, a former defense chief known for his hard-edge leadership, apparently the Sri Lankan majority voted for security in these turbulent times. Readers may recall that nearly a decade ago, Mr. Rajapaksa […]