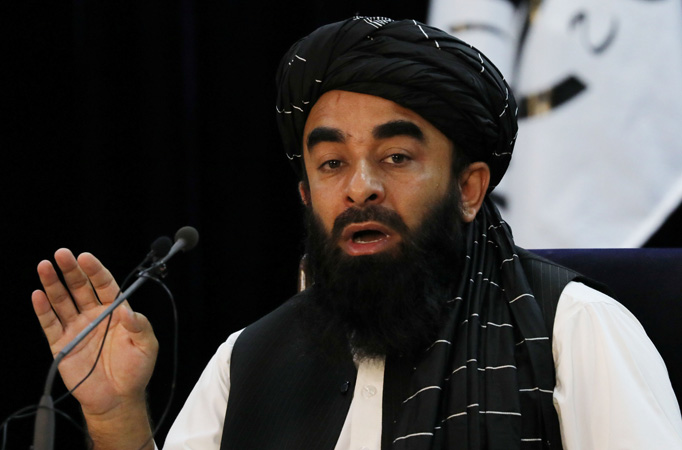 A spokesperson for the “Islamic Emirate of Afghanistan” has denied that Pakistan has demanded the handover of Jaish-e-Mohammad (JeM) chief Maulana Masood Azhar from Kabul.

“We’ve also seen this news in the media. But this is not true. Nobody has made such a demand from us,” said Zabihullah Mujahid in an interview with a news channel of Afghanistan a day after a section of the Pakistani media reported that the Ministry of Foreign Affairs has written a letter to Kabul’s new rulers seeking custody of Maulana Masood Azhar. According to the letter, Masood Azhar has been hiding somewhere in the eastern Afghan province of Nangarhar.

“Jaish-e-Mohammad chief is not in Afghanistan. Such organisations can operate on Pakistan’s soil,” Mujahid added. “We’ll not allow anyone to use Afghanistan’s soil against any other country.” A section of Pakistani media reported on Wednesday that MoFA had written a letter to the Afghan foreign ministry seeking Azhar’s handover.

“We have written a one-page letter to Afghan foreign ministry, asking them to locate, report and arrest Masood Azhar, as we believe that he is hiding somewhere in Afghanistan,” a top official privy to the development was quoted as saying. Islamabad formally banned JeM on terrorism charges on January 14, 2002, during General (R) Pervez Musharraf’s rule in Pakistan.