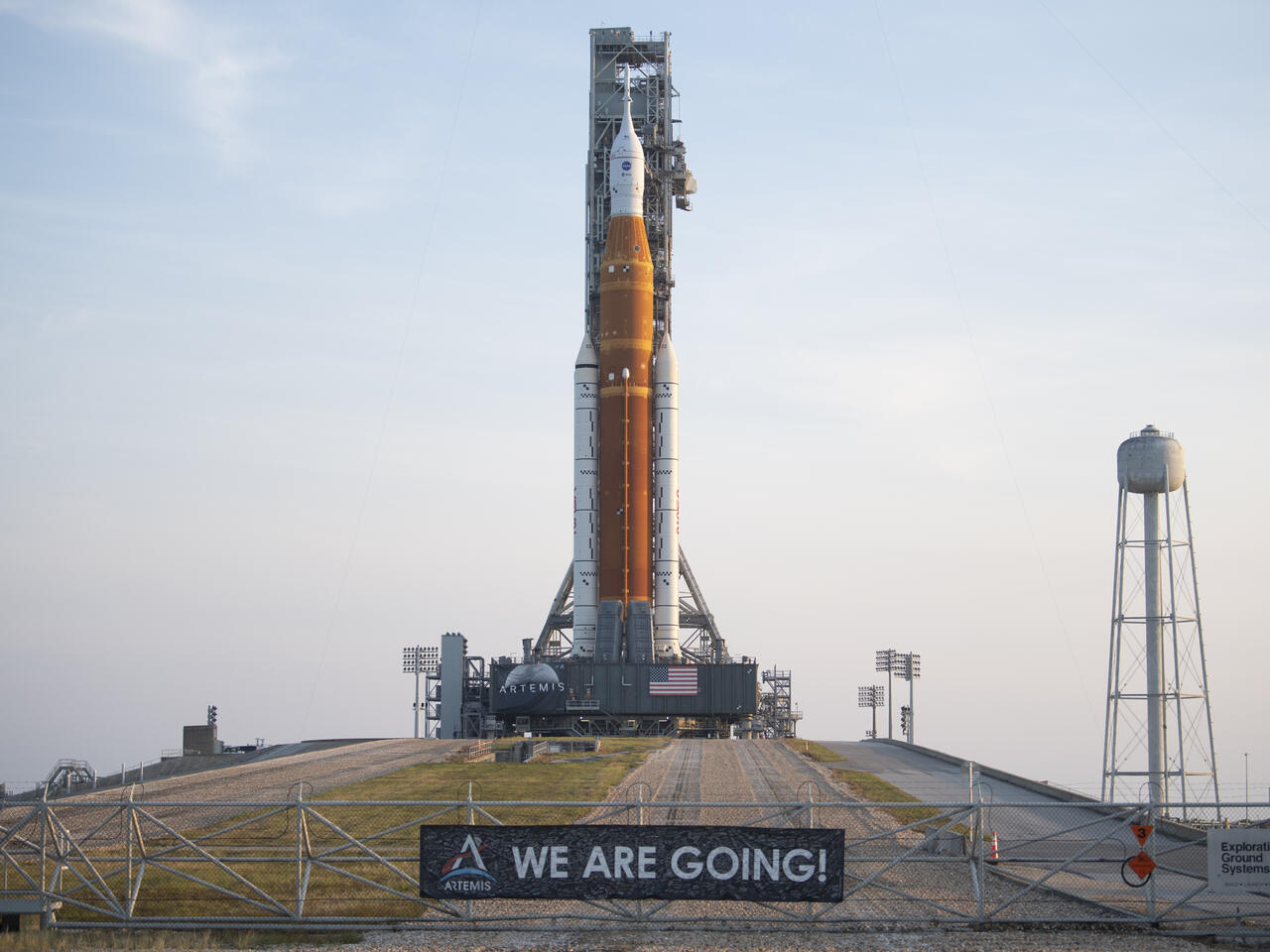 KENNEDY SPACE CENTRE, UNITED STATES: The stars appear to be aligned for NASA’s Moon rocket to finally blast off on Saturday, with weather forecasts favourable and technical issues that postponed the launch earlier this week resolved.

Liftoff is scheduled for 2:17pm local time (1817 GMT) from Kennedy Space Centre in Florida, with the potential for up to a two-hour delay if necessary.

The chance for favourable weather conditions within that window sat at 60% Thursday evening.”The weather looks good,” and isn’t expected to be a “showstopper,” forecast analyst Melody Lovin said at a press conference.

NASA has also been working to correct the technical difficulties that lead to the last-minute delay of the launch during its originally scheduled window Monday.

At first, it seemed that one of the rocket’s four main engines was too hot, though it turned out just to be reading from a “bad sensor,” the rocket’s program manager John Honeycutt said Thursday.

In the future, the incorrect information will simply be ignored.

Then a fuel tank leak had to be patched.

“We were able to find what we believe is the source of the leak and correct that,” launch director Charlie Blackwell-Thompson said.

The Artemis 1 mission is an uncrewed test flight. It will be the first launch for the Space Launch System (SLS) rocket, the most powerful in the world and which has been in development for more than a decade.

If the mission goes ahead Saturday, the Orion capsule fixed atop the rocket will spend 37 days in space, orbiting the Moon from about 60 miles (100 kilometers) away.

It is the Orion that will then take future astronauts back to the Moon — including the first woman and the first person colour to walk on its surface — in 2025 at the earliest.

Artemis is named for the twin sister of the Greek god Apollo, for whom the first Moon missions were named. With the new flagship programme, NASA hopes to test technology someday meant for sending humans to Mars.