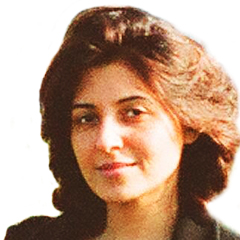 In celebration of Pakistan’s upcoming 70th birthday, a series of events were planned in London the past weekend. A fashion show took place at Lancaster House and, for the first time, the Karachi Literature Festival (KLF) came to London’s Royal Festival Hall, bringing together about 65 speakers. The night before the landmark event, the Pakistan High Commission hosted a joint reception and a sumptuous dinner for the glamorous fashionistas and the intelligentsia. The Pakistani Ambassador, Syed Ibne Abbas, spoke passionately about projecting a softer image of Pakistan in the world.

KLF-London presented a side of Pakistan that cherishes critical thinking, accommodates and encourages plurality of views while seeking open discussions on the problems confronting us

“Since Musharraf’s time, we’ve been trying to project a softer image through bare midriffs on the ramp. It hasn’t really worked,” remarked a fellow KLF panellist.

Don’t get me wrong. Neither she nor I have anything against bare midriffs or showcasing talents of Pakistani designers via beautiful models walking the runway gracefully. The trouble is that this won’t exactly compensate for harsher measures state continues to undertake, such as the recent crackdown on social media.

Interestingly, the panel I moderated at KLF-London was on this very subject: how social media is influencing the political scene in Pakistan. Certainly, it is influencing the political scene in very potent ways. Else, there would be no need for the present crackdown. But no fancy fashion show can soften up the harsh reality that on their return from disappearance, bloggers who had gone missing earlier this year needed to look for asylum abroad.

Today, the world is a much smaller place, in large part because of social media. KLF-London was thus also a testament to internationalism. For instance, many of the participants in the audience could call both Karachi and London home.

The non-Pakistani speakers — a Frenchman and an English woman I particularly had the honour of interacting with — knew more about Pakistan and could perhaps speak better Urdu than many natives. Nearly everyone was concerned about the growing problem of terrorism worldwide as well as the rise of intolerant and authoritarian movements. Baroness Sayeeda Warsi discussed her new book, The Enemy Within: A Tale of Muslim Britain, and a number of Pakistani-origin academics aired their views on the Brexit hate storm and the labels of ‘good Muslim’ and ‘bad Muslim’.

Subjects discussed openly at various sessions included the state of education in Pakistan; migration; trans-phobia; and misogyny; as well as the gangs of Karachi.

The participants represented diverse views. While some veered more towards the official line, others were far more critical of established narratives. But the best part was that everyone listened to each other and shared the same platform as concerned citizens of Pakistan, or in some cases, foreign citizens with a deep-seated interest in and love for Pakistan.

Regardless of whether someone was more inclined to follow the official line or to dissent from it — nobody was labelled a traitor or anti-state. Everyone had the right to express their views freely. KLF-London was therefore successful in presenting a side of Pakistan that cherishes critical thinking. That accommodates and encourages plurality of views and seeks open discussions on problems confronting us based on opinions that informed and rational, not knee-jerk emotional reactions.

Add to that the fact that KLF came to London under the leadership of Ameena Saiyid, an inspiring woman with much to her credit, and with help of her largely female Oxford University Press (OUP) Pakistan team. In London, the team collaborated with the Bloomsbury Pakistan, a group which, according to its mission statement, seeks to create “intellectual capital to create a forceful engagement with public debates in Pakistan”. This is not an area in which the Pakistani diaspora have historically been active. Philanthropy has traditionally been their forte, while they are often dismissed as politically naïve. But KLF-London busted many myths.

It was a sign of changing times — as travel becomes common and social character of the Pakistani diaspora undergoes changes.

Educating our younger generations on the many facets of Pakistan is an onerous task. As they say, “It takes a village to raise a child”, but KLF-London also endeavoured to cater on that front. With puppets, magic shows, music and animated films, there were plenty of fun sessions to get the children acquainted with Pakistani heritage.

The only downside was that so much had to be packed in one day and hence many of the sessions and events ran parallel to one another, so it was not possible to attend all of them. But KLF-London was a great start to commemorate Pakistan’s 70th birthday. Hopefully it will become an annual event and potentially expand to a programme spanning more than a day and accommodating a much larger audience, as many who wanted to attend this year had been told a month ago that sessions were sold out.

The writer is a lawyer who lives in London. She tweets @ayeshaijazkhan