NASA shoots for the Moon, on its way to Mars 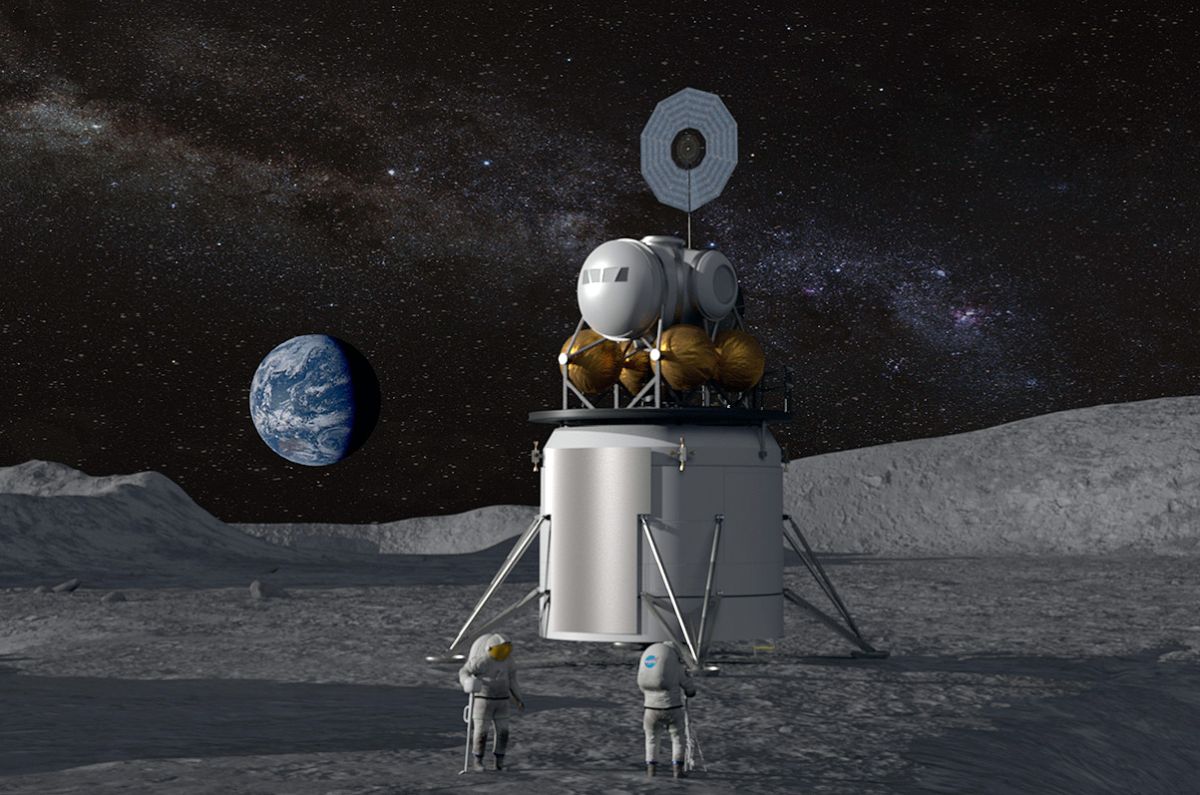 NASA shoots for the Moon, on its way to Mars:

NASA’s most powerful rocket yet is set to blast off Monday on the maiden voyage of a mission to take humans back to the Moon, and eventually to Mars.

Fifty years after the last Apollo mission, the space program called Artemis is to get underway with the blast off of the uncrewed 322-foot (98-meter) Space Launch System (SLS) rocket at 8:33 am (1233 GMT) from the Kennedy Space Center in Florida.

Tens of thousands of people are on hand along the beaches of Florida to watch this launch that’s been decades in the making. They include Vice President Kamala Harris.

Hotels around Cape Canaveral are booked solid with between 100,000 and 200,000 spectators expected to attend the launch.

The goal of the flight, baptized Artemis 1, is to test the SLS and the Orion crew capsule that sits atop the rocket.

The capsule will orbit the Moon to see if the vessel is safe for people in the near future. At some point Artemis will see a woman and a person of color walk on the Moon for the first time.

“This mission goes with a lot of hopes and dreams of a lot of people. And we now are the Artemis generation,” NASA administrator Bill Nelson said Saturday.

The massive orange-and-white rocket has been sitting on the space center’s Launch Complex 39B for a week.

Its fuel tanks were to be filled overnight Sunday into Monday with more than three million liters of liquid hydrogen and oxygen.

NASA said there is an 80 percent chance of acceptable weather for liftoff on time at the beginning of a launch window lasting two hours.

For the first time, a woman  — Charlie Blackwell-Thompson — will give the final green light for liftoff. Women now account for 30 percent of the staff in the control room; there was just one back with Apollo 11.

Cameras will capture every moment of the 42-day trip and include a selfie of the spacecraft with the Moon and Earth in the background.

The Orion capsule will orbit around the Moon, coming within 60 miles (100 kilometers) at its closest approach and then firing its engines to get to a distance 40,000 miles beyond, a record for a spacecraft rated to carry humans.

Temperatures half as hot as the Sun

Besides the weather, any kind of technical snafu could delay the liftoff at the last minute, NASA officials have said, stressing that this is a test flight.

If the rocket is unable to take off on Monday, September 2 and 5 have been penciled in as alternative flight dates.

One of the primary objectives of the mission is to test the capsule’s heat shield, which at 16 feet in diameter is the largest ever built.

On its return to the Earth’s atmosphere, the heat shield will have to withstand a speed of 25,000 miles per hour and a temperature of 5,000 degrees Fahrenheit (2,760 degrees Celsius). That is half as hot as the Sun.

Taking the place of people, for now, dummies fitted with sensors will take the place of crew members, recording acceleration, vibration and radiation levels.

It will deploy small satellites to study the lunar surface.

A complete failure would be devastating for a program that is costing $4.1 billion per launch and is already running years behind schedule.

Life on the Moon

“What we are starting with the launch Monday is not a near-term sprint, but a long-term marathon to bring the solar system and beyond into our sphere,” said Bhavya Lal, NASA associate administrator for technology, policy, and strategy.

The next mission, Artemis 2, will take astronauts into orbit around the Moon without landing on its surface. The crew of Artemis 3 is to land on the Moon in 2025 at the earliest.

While the Apollo astronauts who walked on the Moon were exclusively white men, the Artemis program plans to include the first woman and person of color.

And since humans have already visited the Moon, Artemis has its sights set on another lofty goal — an eventual crewed mission to Mars.

The Artemis program is to establish a lasting human presence on the Moon with an orbiting space station known as Gateway and a base on the surface.

Gateway would serve as a staging and refueling station for a voyage to Mars that would take a minimum of several months.