Quetta cut off from rest of the country 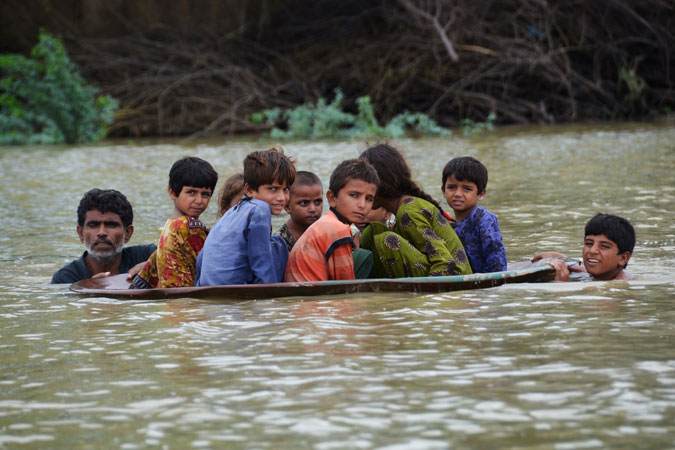 Relentless rains continued to pound Quetta, the capital of Balochistan, on Friday, cutting it off from the rest of the country. However, communication lines were restored in the city after being cut for nearly 24 hours.

“Affected voice and data services in Balochistan have been restored,” the Pakistan Telecommunication Authority (PTA) announced on its official Twitter handle.

Earlier, the telecommunication authority said that due to torrential rains and flash floods, the company’s optical fibre cable had been damaged. “The PTA said that voice and data services have been impacted in Quetta, Ziarat, Khuzdar, Loralai, Pashin, Chaman, Panjgor, Zhob, Qila Saifullah, and Qila Abdullah.

Severe overnight rains hampered rescue efforts, and caused internet and mobile phone service outages, aside from disrupting the city’s air and land routes. A key railway bridge which connects Quetta to other parts of Pakistan collapsed and flight operations to and from the provincial capital’s airport were also suspended. The railway bridge collapsed near the Mach area in the Bolan district in the early hours of Thursday, which also suspended trade with Afghanistan, Iran and Turkey, a Pakistan Railways official said. “Authorities have launched efforts to repair the bridge that was built by the British in 1885,” the official added.

In light of the rapidly worsening situation, the city administration issued a flood warning and asked people to contact two emergency numbers – 03368186794 and 03361187348 – in case of need. Unfortunately, with no electricity since last night, police personnel and civil administration were not reachable on the issued numbers. Pakistan Disaster Management Authority (PDMA) official Faisal Tariq said that hundreds were stranded due to floods after the heavy rains, however, rescue efforts were underway to take people to safe places. At least 500 people, including women and children, have been trapped in flood water. The floodwater has entered houses, shops and offices.

As the flood torrent coming from the Bolan River broke the Sabri Dam, over a hundred villages are feared to be submerged. Jadidabad Bridge was again swept away in flood water, leaving the Quetta-Taftan National Highway closed. Meanwhile, the flood torrent washed away the gas pipeline in Bibi Nani, suspending the gas supply to Quetta. Floodwater also raged through areas around Chaman and entered the offices of Customs and the FIA at the Bab-e-Dosti and a village in the Pak-Afghan border area. Many people have been trapped on a road in chest-deep floodwater. Personnel of the armed forces, including Levies, the FC and the Pak Army, are busy with a rescue operation to take stranded people to safety. Jafarabad, Naseerabad and Sohbatpur received more heavy rains which formed new flood torrents, heaping troubles for the residents. Meanwhile, the situation has further worsened in Sanjawi.