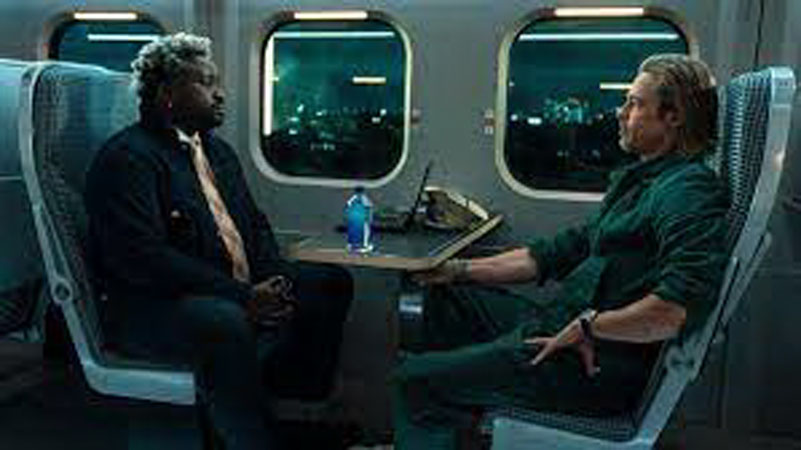 A bunch of assassins unknown to each other, board the bullet train from Tokyo to Kyoto. Along this fast-paced dangerous journey, they discover that their respective assignments are all connected. Who can make it till the last stop?

The year is 2022 and it has taken two 90’s heartthrobs, mega movie stars – Tom Cruise and Brad Pitt to lure us back into theatres. Both Top Gun sequel and Bullet Train deliver what they promise… high-octane, absolutely entertaining thrill ride. The latter being the latest big film to hit the cinema screens and boy oh boy, it doesn’t disappoint. Based on a book, Deadpool 2 director David Leitch channels the Coen Brothers’ twisted comedic arc, Guy Ritchie’s signature brand of filmmaking and Tarantino’s sensibility in this unpredictable tale of fate and a mysterious briefcase. A reformed assassin operating under the name ‘Ladybug’ (Brad Pitt), the code mocks his bad luck, accepts a snatch and grab job as he fills in for a colleague. He just needs to find a briefcase and get off the train. It can’t be that easy though, can it? There’s a catch. A British hitman Tangerine (Aaron Taylor-Johnson) and his partner in crime Lemon (Brian Tyree Henry) cannot lose that bag at any cost. There’s also a young girl with a mysterious agenda (Joey King), a snake, an underworld kingpin called the ‘White Death’ (Michael Shannon) and a father-son duo who seeks revenge and redemption (Hiroyuki Sanada as The Elder and Andrew Koji as Kimura). The more the merrier, isn’t it?

As their tracks intertwine, the film is fuelled with nonstop action, gory humour and comic book style storytelling that never quite slow down the train. This is what ‘The Gray Man’ could have been or should have been. While the story doesn’t quite evolve as the journey progresses, there’s not a single dull moment in this dark comedy that parodies mafia movies and internet wokery. Punning around ‘White’ deaths, mansplaining and Pitt being described as someone who looks like any other homeless white man, he takes it all in his stride, having a lot of fun at his own expense. Pitt’s bizarre outfits on the red carpet of late, convey his approach towards this crazy action-banter movie. It’s wacky, breezy and makes a statement. 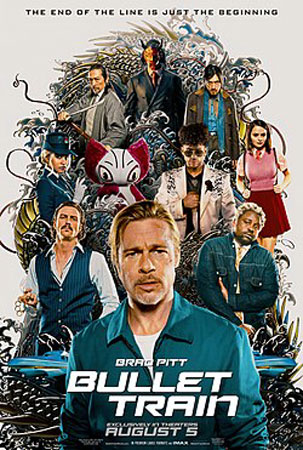 The camera work and well-choreographed stylised action (knives, guns, poison, swords, fistfights, et al) keep you glued to your seat. With the story pretty much staying constant, Bullet Train does feel like it takes a bit longer to reach Kyoto than you’d expect. But you enjoy every bit of this deliberately daft and twisty ride even as you await the final destination. This isn’t a great piece of cinema or anything but it doesn’t pretend to be one either. It sets out to be an absurdly funny, unpretentious crime comedy and it totally lives up to that hype. You will love the random cameos, too!.