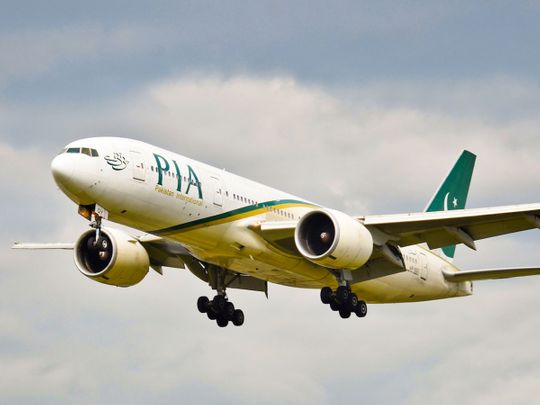 According to the report, both the PIA passenger planes were on the same route and altitude due to alleged negligence of the Iranian Air Traffic Control.

According to details, a PIA Boeing 777 was en route from Islamabad to Dubai while the airline’s other aircraft Airbus A320 was heading from Doha to Peshawar when they came dangerously close to each other over the Iranian airspace near the UAE.

Captain Samiullah was flying Airbus A-320 while captain Athar Haroon was flying Boeing 777. The Traffic Collision Avoidance System (TCAS) of the planes got activated and one of the aircraft was asked to ascend and the other descended as per standard practice.

“PIA is writing to Iranian air traffic control (ATC) to investigate as the Iranian ATC instructed the plane, but it was wrong,” PIA spokesperson said.

The spokesperson added that the aircraft’s TCAS corrected the course for both planes and automatically guided them.

There is a system on all planes, called Traffic Collision Avoidance System (TCAS). It automatically guides the plane by communicating with the TCAS of other aircraft.

TCAS uses nearby aircraft’s transponder signals to alert pilots to the danger of mid-air collisions.

Earlier, in 2020 a plane crash that killed 97 people in Pakistan was a result of human error by the pilot and air traffic control, according to report into the disaster. The passenger plane came down on houses in Karachi on 22 May.