Junaid Khan all set to star in drama serial ‘Adan’

* Known for his versatile performances and always choosing diverse roles, Junaid Khan is one of the most distinguished actors in the Pakistan entertainment industry 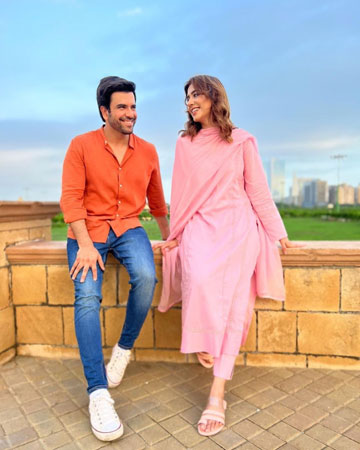 After ruling the screens in 2022 with one hit after the other, the talented Junaid Khan will be seen starring in the upcoming Show Case Productions ‘Adan’ alongside Mansha Pasha and Azfar Rehman.

Directed by the ace director Azeem Sajjad and penned down by Atique Inayat, ‘Adan’ is a plot filled with romance which culminates to a thrilling twist. “I am very excited about my latest project because the day I read the script I felt that this is something out of the ordinary for sure. Working with Shazia and Wahjahat has been an amazing experience and ofcourse Mansha and I have a great on screen chemistry hence I just couldn’t have said no to this one and I am glad I didn’t”, stated Junaid Khan.

Known for his versatile performances and always choosing diverse roles, Junaid Khan is one of the most distinguished actors in the Pakistan entertainment industry. The actor was last seen in the critically acclaimed drama serial ‘Hum Tum’.

‘Adan’ is slated to go on-air on Aan TV this September.

Junaid Khan: Singer, song writer, and actor- Junaid Khan has carved a niche for himself in the Pakistani entertainment scene- starting his career in music and making a name for himself as the lead vocalist for his band Call, Khan soon moved his focus to television and has given us back-to-back commercially successful hits such as Yaarian, Kamzarf, Sun Yaara, Ishq Tamasha, Kashf, Khuda Aur Mohabbat,HumTum to name a few. On Pakistani television, Junaid Khan is currently one of the most versatile actors. He recently made his big screen debut opposite Mansha Pasha with the movie “Kahay Dil Jidhar”.