Pakistani artists gear up for concerts in Canada

* Hina Waseem said that 'BolKaffaraKiyaHoga' has still been stealing hearts ever since it was released on social media platforms, besides being highly praised for its unique composition 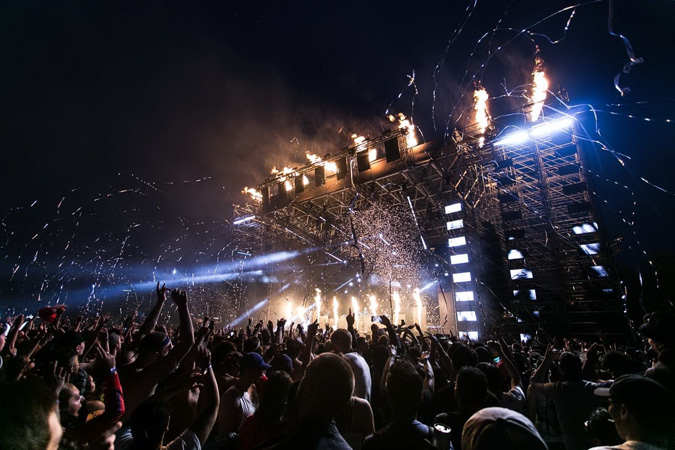 Pakistani artists are ready to perform in Calgary, Canada’s cosmopolitan city of Alberta in Canada where overseas Pakistanis and other nationals always shower their immense love and appreciation on visiting entertainers, according to Hina Waseem, the event manager at Music Waves International.

Speaking with the media, the event manager confirmed a musical tour to Alberta with the famous Shahbaz Fayyaz Qawwal of Baddomalhi and other Pakistani artists. The famous Qawwal is known for ‘Bol Kaffara Kiya Hoga’, one of their hits that have taken the world like a storm.

Hina Waseem said that ‘BolKaffaraKiyaHoga’ has still been stealing hearts ever since it was released on social media platforms, besides being highly praised for its unique composition. She also confirmed that the much-awaited event will be arranged in September this year.

Shahbaz Fayyaz Qawwal confirmed an upcoming tour to Canada and said that Qawwali has captivated the hearts of millions of Pakistani and foreign audiences. In Pakistan, this unique art has gained popularity for decades, they said. Also, Hina Waseem said that Qawwal’s soaring rendition will create a mood of thrilled celebration in the Canadian audience.

Overseas Pakistani Forum Chairman Burhan Khan, who is also the organizer of the upcoming show, said that personalities from different fields of fine arts are promoting great Pakistani culture and language abroad. “Our artists are promoting our culture and civilisation in front of expatriates from Pakistan and other countries besides nationals of the host country with great excellence,” he said.

Waseem Abbas, CEO of Music Waves International, said that Pakistanis have embraced art so elegantly. He said that music transcends culture and even those who don’t understand poetry can feel the passion within. “For me, an artist doesn’t belong to a country or a race or even a period, he said, adding that his company is promoting new and existing talent in Pakistani and foreign markets.

Also, said that Pakistani art must be introduced to the world by participating in all major art events. He also announced that Jamal Raja – one of the best-known singers from Calgary – will join the upcoming event in September, along with other artists and Shahbaz Fayyaz Qawwal. It is pertinent to mention here that India’s music maestro AR Rahman is also making a version of ‘Bol Kaffara Kiya Hoga’ with playback singer Arijit Singh after different versions of the same masterpiece featuring Jubin Nautiyal and Neha Kakkar.