Alice in the Land of the Pure 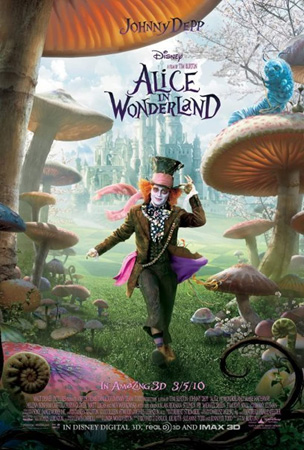 Alice in Wonderland portrayed Alice unusually discovering life and so, became the image of every young girl who wanted to see this world in the light of love, beauty, and awesomeness.

Alice in the novel ‘Our Lady of Alice Bhatti’ by Mohammad Hanif also looked at Pakistan and its people with the same love, beauty, and romance but she had a different fate because she met resistance, unacceptability, jeer, ridicule, fear, and marginalization. Her life and experience of the world turned into a nightmare, which led to her tragic end. The author has attempted to make a powerful statement about the issues of minority women mostly germinating because of the double-marginalization of women of minority communities in the land of the pure where culture is predominantly patriarchal.

Hanif weaves a fascinating web of the life of Alice right from her childhood to her adulthood full of her struggles, though put very daringly against the odds of the society, matures only into her tragic death. When Alice was just a child, her mother died and her father, though tried to keep his daughter happy, also instilled in her mind the injustices which would come her way only because she was the daughter of a man who, not only belonged to an off the mainstream religious community in Pakistan but also because his work defined him as a member of the lowest and rather detestable ranks of the society. Alice got lived proof of the whole situation when she was arrested and put in jail for a long time even though she did not commit any crime. If on the one hand, the criminal-filled life in jail made her stubborn, resistant, and obstinate, on the other hand, the same environment filled her innocent mind with the hate and disgust for humanity around her. The jail however equipped her with some very useful life skills as well.

The latter development in her mind was a little subsided and supplanted with the love for the sick and suffering when she joined the Christian missionary hospital as a nurse after her release from the jail. She proved herself equal to the task and remained the favorite among the patients as well as her officers. She was able to witness the horrors of suffering humanity in the hospital and while she saw death and pain as a first-hand experience, she made up her mind to help humanity at every cost. But the tough side of Alice was still alive in her. She could face a situation boldly and could make her way through difficult situations. For example, when she was forced into sex by a rich and spoiled brat, she attacked him with a knife and saved her dignity and honor. As a woman of a minority community, she proved that if a woman is determined to survive in her way, it was difficult but was not impossible.

But on the love and romance front, she proved a bitter failure. Her first stint of love ends very soon when the boy refused to marry her on the pretext of social and class differences. The second stint took a longer period before it brought death to Alice. In the story, the reader finds that a police tout Teddy falls in love with her and marries her on a submarine, and brought her to his flat. Alice made her best to meet the standards of a good wife set up in Pakistani society. But she could not carry her relationship the way she intended. Her lover turned husband got involved with the criminals and police in a hostile way. He began to disappear from home, first, for hours and then for days. When he did not return for weeks, Alice decided to return to her job and to shift in the hospital hostel for company and security for the baby in her womb. On his return, Teddy took her absence from his flat as a foul play in love and harbored evil designs against her while Alice was searching and attempting to locate the whereabouts of her husband in police stations, hospitals, and bazaars.

Though her search for her husband did not yield any tangible results, she began to prove herself a saint for the suffering and the diseased and was believed to have miraculous powers in healing the patients she treated. Many outside the hospital also waited for the medicine and cure she provided. But the same hospital became her hell when Teddy found her and threw deadly acid on her without any investigation or dialogue, which proved fatal for Alice. The story closes with the elevation of Alice to the status of a saint while her spirit flies towards the heavens. The writer attempts to offer tribute to the sacrifice, struggle and resistance put up so bravely by Alice yet she could not survive and she shares her fate with the fate of almost every tragic love tale sung in the land of the pure. However, her struggle to survive has been allocated permanence by the writer of this novel.