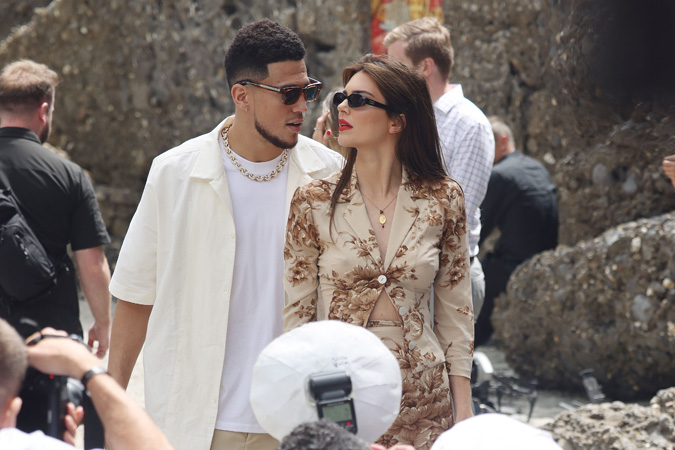 Sometimes a bump in the road can lead to the end of it. After two years of dating, Kendall Jenner and Devin Booker have recently called it quits. As for the reason behind the pair’s split, a source told E! News that they faced a challenging time in the weeks after attending Kourtney Kardashian and Travis Barker’s wedding together.? ?”They had a really nice time in Italy together,” the insider explained. “But once they got back, they started to feel like they weren’t aligned and realised they have very different lifestyles. Kendall told Devin she wanted space and time apart.”? ?But, despite their recent breakup, the model and Phoenix Suns player are still on friendly terms. “They have been in touch since and do care about one another,” added the source. “They both hope to make it work but, as of now, they are split.”

Kendall and Devin officially began dating in June 2020, just months after they first sparked romance rumours when the two were seen riding around together in Devin’s Maybach.

And although the pair kept their relationship largely private, Kendall did take to Instagram on rare occasions to celebrate their romance. For Valentine’s Day last February, the model made things Instagram official when she shared a playful pic of the two together.

Still, they were never felt pressure to take their romance to the next level.

“They are in no rush to settle down and tie the knot,” a second insider previously told E! News, noting that their busy schedules worked for them. “Kendall is not a conventional or traditional type of girl. She is very much content with how things are with Devin right now.”

E! News has reached out to Kendall and Devin’s reps for comment.