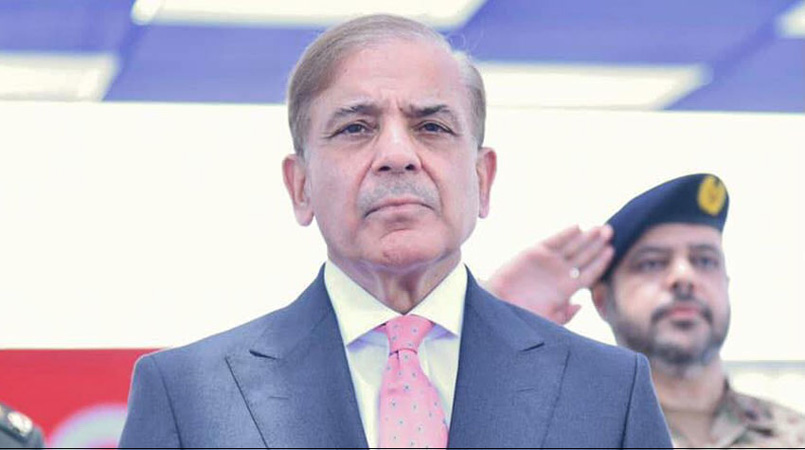 He expressed these views while talking to a high-powered delegation of Chinese state-owned Company NORINCO (China North Industries Corporation) led by its vice-president Wang Xiaobing and CEO (Pakistan) Li Chen.

The NORINCO delegation showed keen interest in investing in the wide spectrum of renewable energy projects in Pakistan, especially in the wind corridor in Thatha whereby a 100 MW wind power project was proposed. The company also highlighted the potential venues for investment in fiber optic along the railway lines, copper and iron ore mining at proven reserves, and infrastructure development in big cities. The prime minister said deepening economic cooperation with China was critical to Pakistan’s socio-economic uplift. He highlighted the significance of China Pakistan Economic Corridor (CPEC) as a transformational project for the mutual benefit and development of both the friendly countries. The prime minister also appreciated the company for its role in the Lahore Orange Line Metro Train project, which, he said, was facilitating hundreds of thousands of commuters in Lahore on a daily basis. He recalled that it was for the first time that open bidding took place in a government-to-government project i.e. Lahore Orange Line.

He stated that further negotiations were held with the lowest bidder, leading to a saving of USD 600 million, adding that it was certainly a milestone in the development history of Pakistan. The prime minister stated that Pakistan was open to investment and that his government was taking steps to remove all impediments for further facilitation of the investors. He also thanked Chinese President Xi Jinping and H.E. Premier Li Keqiang for their consistent and unwavering support to Pakistan, particularly in current economic situation in Pakistan. The delegation praised Prime Minister Shehbaz Sharif for his untiring efforts to steer Pakistan out of the current economic crisis. It noted that PM Shehbaz Sharif was a great friend of China whose business-friendly policies have deepened economic cooperation and facilitated foreign direct investment in the country.

Earlier Prime Minister Shehbaz Sharif said Pakistan stood ready to work closely with China for realizing the shared vision of connectivity, prosperity and public well-being. “Pakistan will continue to support Chinese investors with competitive incentives, access to high-quality infrastructure and unwavering security arrangements,” he said in a meeting with Yang Jiechi, Member of the Politburo of the Communist Party of China (CPC) Central Committee and Director of its Foreign Affairs Commission.

Extending a warm welcome to Director Yang, the prime minister conveyed the most cordial greetings and best wishes for President Xi Jinping and Premier Li Keqiang. The prime minister noted that Director Yang’s visit marked the continuation of high-level exchanges between Pakistan and China, which are the hallmark of the time-tested All-Weather Strategic Cooperative Partnership between the two countries.

He recalled his extensive conversation with Premier Li Keqiang in May 2022, during which both leaders had reviewed the entire spectrum of bilateral relations and exchanged views on the regional and international situation. PM Sharif underscored the significance of Director Yang’s visit for accelerating the implementation of the leaders’ consensus on further enhancing bilateral relations across all domains. He highlighted that economic cooperation had become a mainstay of the wide-ranging Pakistan-China partnership. He expressed satisfaction at growing bilateral trade and financial linkages with China’s unstinting support playing an invaluable role in helping Pakistan offset external shocks to the global economy and demonstrating the continued resilience of Pakistan-China cooperation at a time of heightened uncertainty on the world stage. The Prime Minister particularly thanked China for renewal of the RMB 15 billion (US $ 2.3 billion) syndicate facility.

He also thanked China for its support and assistance to Pakistan’s efforts towards preventing the spread of COVID-19 pandemic by providing millions of vaccine doses as well as protective and medical equipment. The prime minister said that as a flagship of the visionary Belt and Road Initiative (BRI), CPEC had transformed Pakistan’s economic base and strengthened capacity for self-development. He reaffirmed the government’s resolve to accelerate the pace and complete CPEC projects at the earliest. The prime minister also underscored the high importance Pakistan attached to the strategic ML-I and other key projects including Karachi Circular Railway (KCR), Babusar Tunnel, and desalinization plant in Karachi. The CPEC and growing economic linkages had deepened the roots of the abiding friendship between the peoples of both the countries, the prime minister noted. Atop this unshakeable foundation, the Pakistan-China partnership would continue to play its valuable role as a factor of peace and stability in the region and beyond. The prime minister reiterated his strong condemnation of the Karachi terrorist attack and underscored Pakistan’s determination to bring the perpetrators to justice. He reaffirmed Pakistan’s commitment to enhanced measures for safety, security and protection of the Chinese nationals, projects and institutions in the country.