‘Habs’ — Basit redefines how men in workplaces should be!

* As Soha moved out of the scene last week, the fans can finally get to enjoy the brewing yet subtle chemistry of Basit and Ayesha 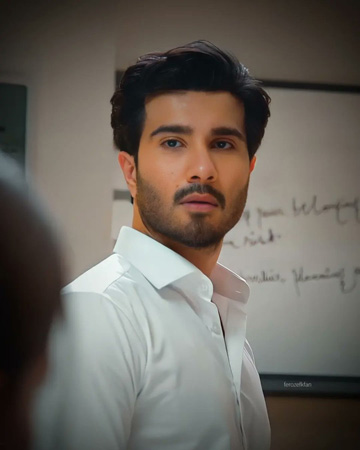 Feroze Khan as Basit in ARY Digital’s ‘Habs’ is setting some true benchmarks for workplace ethics required by men. The character and plot development of ‘Habs’ by six episodes has managed to get fans hooked on the intriguing story of Basit and Ayesha, who are even more impressed by the representation of office culture in the latest episode.

As Soha moved out of the scene last week, the fans can finally get to enjoy the brewing yet subtle chemistry of Basit and Ayesha. The latest episode which aired on Tuesday was a peek into the same, highlighted by Basit standing up for the reputation of women in his office.

One of the scenes in the episode sees Ayesha being called out by her colleagues for receiving extra favours from their boss within a ‘few days of joining’, who decided to take up the matter with Basit.

Basit being a true gentleman stood up for the women in the workplace including Ayesha, and confronted the employee who badmouthed her. He also asked the said person to apologize to Ayesha and restored her reputation.

Twitterati seems to be loving this gentlemanly approach of Basit and branded him as the ‘best fictional man’ ever. Fans have been admiring the A-list actor Feroze Khan as well for the apt portrayal of such a layered character.