Bachfest Leipzig — who was Bach? 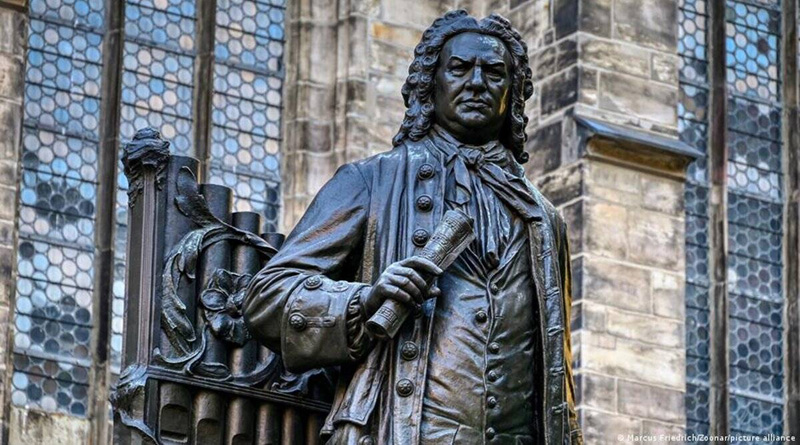 Johann Sebastian Bach is now considered one of the greatest classical composers of all time. The Baroque composer is known in music history as a master of polyphonic music. “Bach is famous today for performing incredible miracles on the piano and organ,” Bachfest artistic director Michael Maul told DW. “He composed fugues and preludes in all keys that have fascinated generations of musicians and composers.”

This year’s Leipzig Bach Festival will feature two of his major keyboard works. “The Art of Fugue,” played by Russian pianist Daniil Trifonov, and the “Well-Tempered Clavier,” the first part of which will be interpreted by Hungarian pianist Andras Schiff, with the second part being played by Canadian pianist Angela Hewitt. “The Well-Tempered Clavier” is one of Bach’s most famous instructional works and celebrates its 300th anniversary this year.

Johann Sebastian Bach was born in Eisenach in March 1685 and died in Leipzig in 1750, where he served as musical director at the St. Thomas Churcht for 27 years until his death, directing, among other things, the famous St. Thomas Boys Choir, which had existed since 1212. With over 800 years of choral history, the choir is one of the oldest boys’ choirs in Germany. Despite this long tradition, the successive number of cantors were only counted following Bach’s death.

In late 2021, Swiss conductor and church musician Andreas Reize took over from his predecessor Gotthold Schwarz as the church’s 18th musical director after Bach. The St. Thomas Boys Choir traditionally opens the Bach Festival, this time on June 9 with works by Bach himself and his son Carl Philipp Emanuel Bach. The Bach Archive Leipzig has just published a new complete edition of the works of the younger Bach.

Johann Sebastian Bach was born into a large musically inclined family. His relatives and ancestors were active in northern Germany and especially in the present-day states of Thuringia, Saxony and Saxony-Anhalt. They met once a year for family musical celebrations. “The Bach family invented the Bach festivals, so to speak,” says Michael Maul.

In fact, this is also the theme of the Leipzig Bach Festival this year which bears the motto “Bach — We Are Family,” which will feature choirs from all over the world and works by Johann Sebastian Bach’s ancestors and descendants.

Later, Bach compiled the compositions of his ancestors and the works of composers who influenced him in the “Old Bach Archive.” In it, Bach listed 53 family members, most of whom were active as church or court musicians. In six concerts on “Bach’s Roots,” the works of his ancestors and his role models, such as Dietrich Buxtehude or Heinrich Schütz, will be heard at the upcoming Bach Festival.

Even though Bach learned to play various instruments, the organ was his mainstay. At the age of 18, he received his first organist position in Arnstadt. In Weimar, he was appointed concert master in 1714 and then rose to become “Kapellmeister” to Prince Leopold of Anhalt-Köthen in Köthen. There, in 1722, he also composed the famous “The Little Notebook for Anna Magdalena,” written for his second wife, as well as the “Well-tempered Clavier,” a cycle of 24 preludes and fugues through all major and minor keys.

In May 1723, Bach then took up his post for life as “Thomaskantor” or music director at the St Thomas Church in Leipzig. As the teacher of the St Thomas’ Boys Choir, he had to provide musical accompaniment for the masses on all Sundays and holidays. Consequently, he composed an average of one cantata per week, at least during his first year in office. What he considered as “utility music” is today described by many as “divine music” that inspires people worldwide. In 2023, these Leipzig cantatas will be sung in a separate cycle at the Bach Festival.

It was also in Leipzig that Bach composed his “Christmas Oratorio” and his great “Passions,” namely the “St. John Passion” and the “St. Matthew Passion.” While Bach’s piano and organ works continued to be cultivated by subsequent generations, his vocal works were all but forgotten publicly until the 19th century.

Mendelssohn Bartholdy adapted the work to the taste of the time and had it performed in a shortened version with a large orchestra. Under Thomaskantor Andreas Reize, the St. Thomas Boys Choir will perform the St Matthew Passion at the Bach Festival on June 17.

DW will stream the concert and make it available as a video on demand on the “DW Classical Music” YouTube channel.

The first Bach societies were founded around the time of rediscovery of Bach’s music by Felix Mendelssohn Bartholdy. The oldest of these was the Leipzig Bach Society, whose founding members included the composers Robert Schumann and Franz Liszt.

In 1900, the “Neue Bachgesellschaft” was founded in Leipzig, which to this day has made it its mission to promote and disseminate Johann Sebastian Bach’s music. The society runs the Bach Museum in Eisenach and invites visitors to Bach festivals in alternating cities every year. This year, together with the Leipzig Bach Festival, it celebrates the great international Bach family.

As the Bach Archive has discovered, there are now more than 300 Bach societies in Germany and around the world. Among the most recent is, for example, the “Sociedad de Bach” in Paraguay, founded in 2008, or the “Soft Bach Society Yamaguchi” from Japan from 2013.

In Malaysia, conductor and founder David Chin has been celebrating his own Bach Festival every year since 2015. For Bach Festival Director Michael Maul, this is proof that Bach’s music continues to inspire people around the world today. “We discover more and more secrets because this music has so many facets. You can listen to it again and again and explore it and you will always come across new beauties and special features.”