* Anyone who reads crime fiction will know that Gorevan doesn't shy away from writing hard-hitting, gripping books that linger on the mind long after the final page has been turned 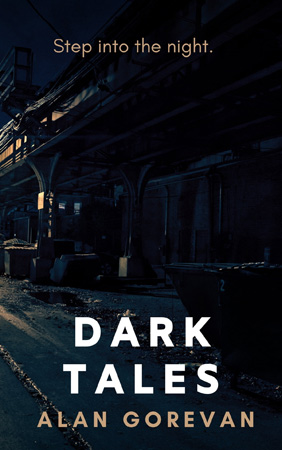 It is a well-known fact that short stories are not as popular as novels due to a host of reasons. However, that is not to say that they don’t enjoy a certain degree of popularity. Many readers relish them, but in a saturated market it can often be difficult to stand out. The one thing that a short story collection must be is readable. Dark Tales by Alan Gorevan is not only an entertaining collection of stories, but also an insightful one that offers the reader several glimpses into what people can be capable of.

Anyone who reads crime fiction will know that Gorevan doesn’t shy away from writing hard-hitting, gripping books that linger on the mind long after the final page has been turned. Having gained something of a cult following among crime fiction fans, it is clear that the use of humour is an integral part of his writing. Crime fiction can sometimes feature some disturbing themes, and when there’s something to break the tension in the book, like humour, the reading experience becomes more three-dimensional and nuanced. Gorevan doesn’t deliver anything less with Dark Tales.

Featuring seven stories, the collection starts off with a bang with While You Sleep, a contemporary take on the horror genre that will leave you gasping for more and frightened for the best part of the week. Fans of horror will absolutely relish this story that not only packs a punch, but also provides plenty of entertainment too. Following with Rivals and Dead End, Gorevan ups the ante a notch and delivers some of the most fast-paced reads of his career. With Dead End, we discover the ramifications of being stalked, and how far someone would go to stalk you. Besides While You Sleep, another story that really stands out is Dead Funny, but don’t let the title fool you. Although dead funny, it is also chilling and just goes on to show what happens to people who are not on their guard constantly. The collection is rounded off with Escalate, which quite sufficiently does the job of escalating things to a point that you can’t wait to read another instalment of stories from Gorevan.

Any avid reader would know that getting lured into a book is not always a done deal. There are plenty of books that get a lot of attention, but turn out to be a bit of a disappointment in the end. Sometimes, the real gems are to be found in books that are not getting major press coverage. The pandemic has meant that more books than ever are being published, so if a book manages to stand out in the midst of all that chatter, then it is definitely something worth reading. Dark Tales is one such book.

Dark Tales is testament to the skill and finesse of a crime writer who is at the top of his game, someone who not only knows how to write gripping, page turning stories, but also how to factor in human nature and the vast array of emotions that come with it into his writing. Featuring vivid characters, shocking twists and unputdownable plots, this is a book that everyone should be reading right now.