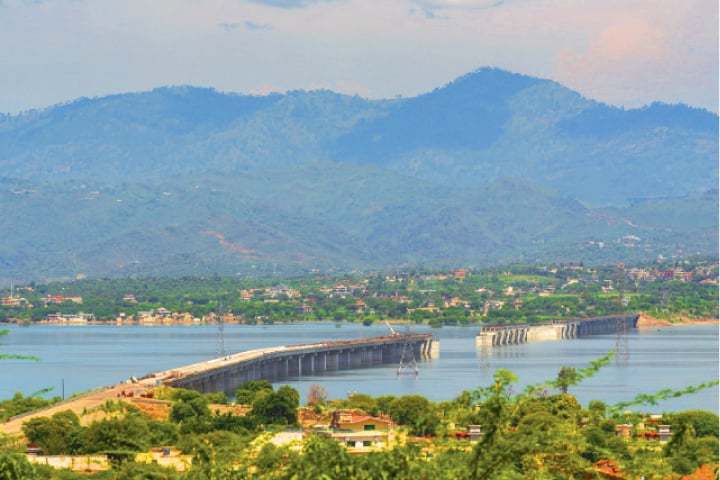 The population of the lake district of Mirpur and adjoining Kotli district of Azad Jammu Kashmir on Monday demanded of the Prime Minister Shahbaz Sharif to direct the concerned authorities for the completion of the gigantic project lying abandoned since many years because of the alleged apathy and slackness of the concerned executing authorities including those of the AJK government.

This local issue of exceptional significance involving over a million of the population of twin districts of Mirpur and Kotli Azad Jammu Kashmir, was raised by former Chief Justice of Azad Jammu Kashmir Justice (Retired) Muhammad Azam Khan, depicting the reported causes of inordinate delay in completion of the bridge project, in a   letter addressed to the Prime Minister of Pakistan Muhammad Shahbaz Shareef, on behalf of the population of Mirpur and Kotli districts requesting for early resumption of the construction work of a small portion of the total 7.2 km long Rathua-Harayam Mirpur Islamgarh bridge.

Elaborating the brief history, the letter said “Original PC-1, envisaging cable stayed segment of 556 meters, amounting Rs. 1395 million was approved by the Planning Commission in August 2006 with the condition that design of cable stayed bridge would be vetted by independent consultant. “Moreover, pre-qualification of contractors and bidding process was initiated in January 2007 and November 2008 for approach roads (2Km on either side of bridge) and the Main Bridge respectively, it said adding that due to exceptionally high bid cost, a high-level technical Committee was constituted to look into an alternate option to the cable stayed bridge to rationalize the cost of Project.

The letter underlined that re-revised PC-1 with detailed design for the Bridge Project (along with 160 m Steel bridge), costing Rs. 6635 Million was submitted to the Ministry of KA&GB in January 2016 and since then after going through various fora the re-revised cost of Rs. 6480 million was approved by ECNEC in July 2017 and October 2017. Despite the said last formal approval of the funds in 2017, the construction work of the project could not be resumed so far despite passage of over four years for the reasons best known to the concerned authorities.