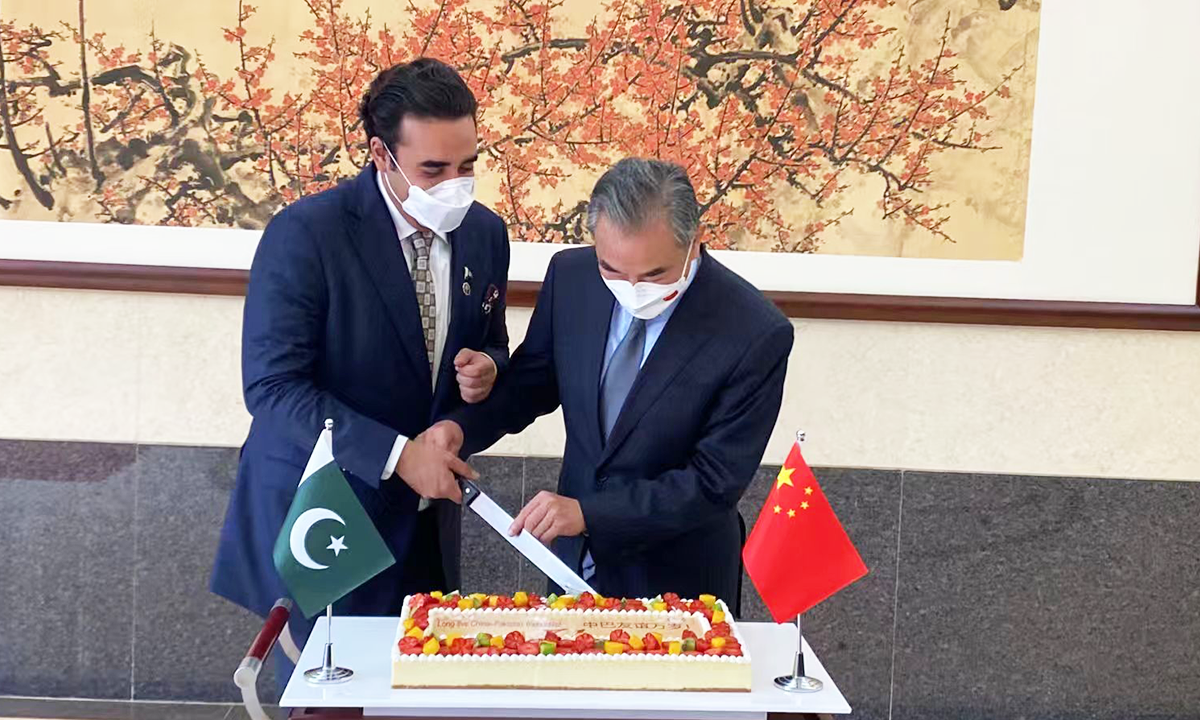 BEIJING: Foreign Minister Bilawal Bhutto Zardari along with China’s State Councilor and Foreign Minister Wang Yi on Sunday cut a cake to celebrate the 71 years of establishment of diplomatic ties between Pakistan and China.

Foreign Minister Bilawal Bhutto is on a two-day visit to China at the invitation of Wang Yi and is in Guangzhou, southern Chinese city and also the largest city and capital of China Guangdong province.

In a tweet, Chinese Foreign Ministry Spokesperson Zhao Lijian congratulated Pakistan and China on the 71st anniversary of the establishment of their diplomatic relations. In his message, Pakistan Ambassador to China, Moin ul Haque said, on 71st anniversary of Pak-China diplomatic ties, we reaffirm to further fortify our iron-clad friendship, strengthen strategic communication, deepen eco engagement and promote people to people exchanges, thus taking the relations to a high pedestal.

Foreign Minister Bilawal Bhutto Zardari is also on a  two-day visit to China starting from May 21also coincided with the 71st anniversary of the establishment of diplomatic relations between Pakistan and China.

On May 21, 1951, Pakistan and China established diplomatic ties. Pakistan was one of the first countries to recognize new China and the first Islamic country to enter into diplomatic relations with China.