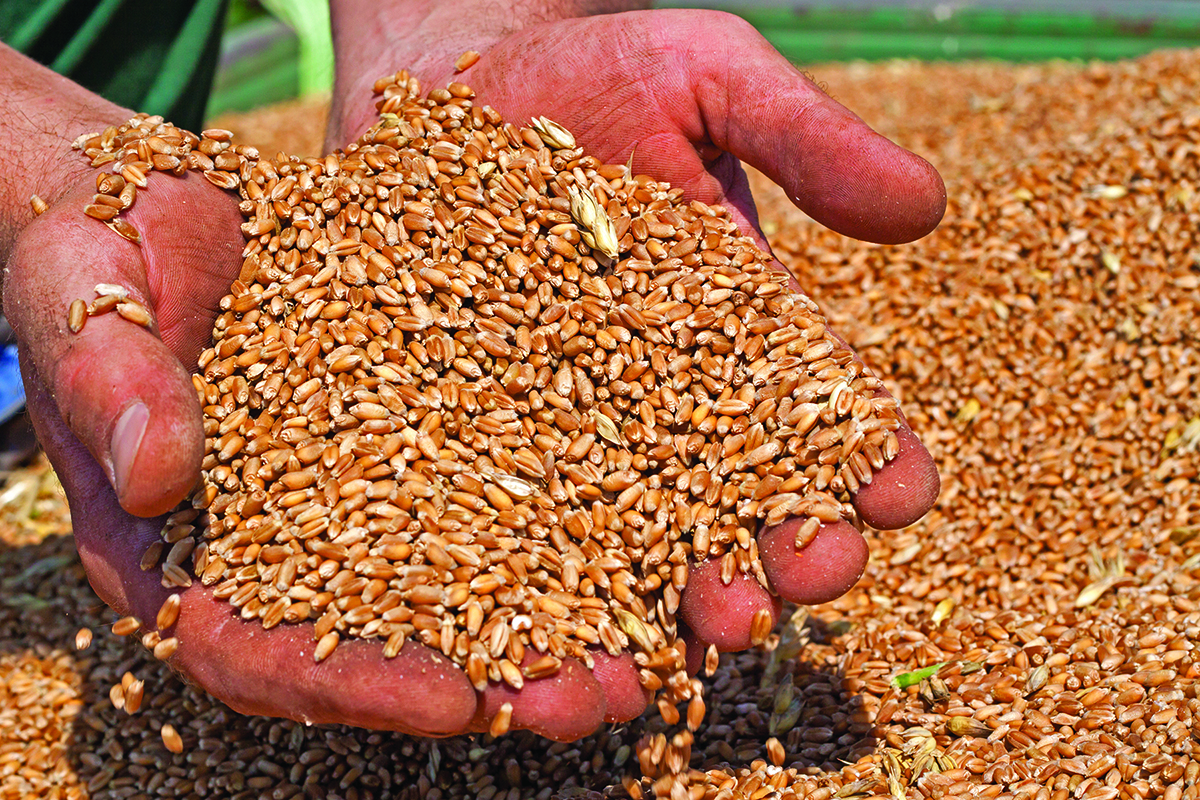 PARIS: Wheat prices surged to a new record high in European trading on Monday after India decided to ban exports of the commodity as a heatwave hit production.

The price jumped to 435 euros ($453) per tonne as the Euronext market opened, up from the previous record of 422 euros reached on Friday. On the Chicago Board of Trade, just before trading opened the price of the SRW wheat futures contract hit $12.35 a bushel, an increase of 4.9 percent. Global wheat prices have soared 40 percent on supply fears since Russia’s February invasion of agricultural powerhouse Ukraine, which previously accounted for 12 percent of global exports.

The spike, exacerbated by fertilizer shortages and poor harvests, has fuelled inflation globally and raised fears of famine and social unrest in poorer countries. India, the world’s second-largest wheat producer, said on Saturday that it was banning exports after its hottest March on record, with traders needing express government approval to enter into new deals.

New Delhi said the move was needed to protect the food security of its own 1.4 billion people in the face of lower production and sharply higher global prices. Some parts of India have seen prices in wheat and flour jump 20 to 40 percent in recent weeks, Commerce Secretary BVR Subrahmanyam said on Sunday. Because of the sharp rise in global prices, some farmers were selling to traders and not to the government.

This got the government worried about its buffer stock of almost 20 million tonnes depleted by the pandemic needed for handouts to millions of poor families and to avert any possible famine. “Contrary to Russia which has had an export quota and tax system in place for years, India no doubt has more difficulty in controlling exports,” said Damien Vercambre at grains brokerage Inter-Courtage.

The export ban drew sharp criticism from the Group of Seven industrialized nations, which said that such measures “would worsen the crisis” of rising commodity prices.