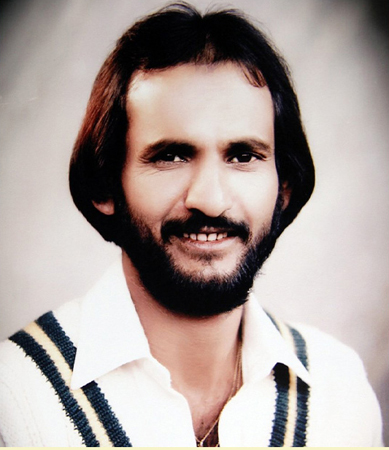 LAHORE: If he were alive, Pakistan stylish wicketkeeper-batsman Taslim Arif would have been celebrating his 68th birthday on May 1 (today). Taslim died in Karachi at the age of 53 after succumbing to a lung infection on March 14, 2008. Taslim made his Test debut initially as a batsman, scoring 90 and 46 on debut against India in 1980. He went on to play five more Tests as a wicketkeeper though the most significant achievement of his career was his marathon 210 not out against Australia in Faisalabad, which at that point of time was the highest score by a wicketkeeper in Tests. His performance came on a flat pitch and prompted Dennis Lillee to make the famous remark about Faisabalad being a graveyard for bowlers.

It was his misfortune, however, to be a Pakistan keeper during the time of Wasim Bari and by the end of 1980, he had played his last Test. Still, his career figures make for impressive reading: 501 runs from six Tests at 62.62. He also played two ODIs against West Indies before he signed for Kerry Packer’s World Series in Australia, where he played in one season. He continued playing successfully for National Bank of Pakistan (NBP) retiring eventually in 1988. After his playing days, Arif remained involved in the game, working as a batting consultant for NBP and a selector for Karachi, his home city, where he was a regular face on the cricket circuit. He also ran an academy with former Test spinner Tauseef Ahmed and was a regular commentary voice for domestic and international matches for local radio and TV. Pakistan fans heard him before his death, commentating on a Pentangular trophy match between Sindh and NWFP for a local sports channel.