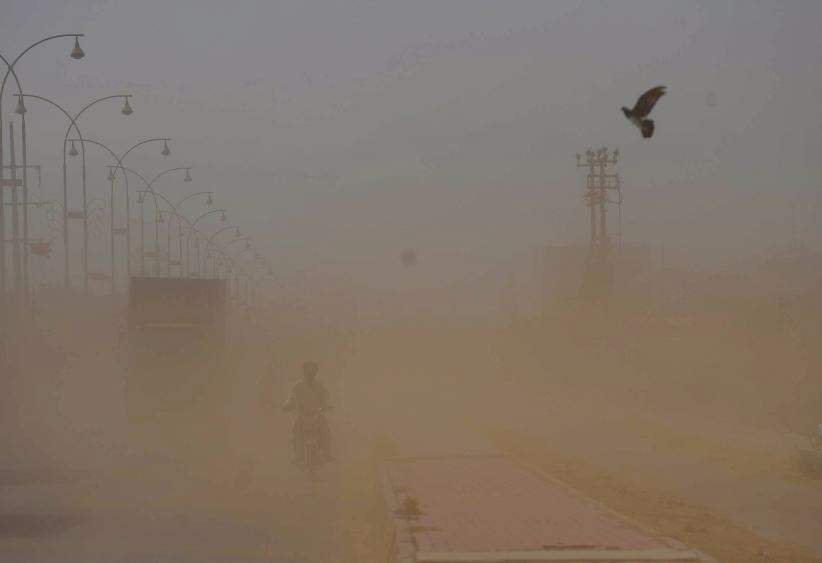 KARACHI: Heavy dusty wind on Friday reportedly created havoc in Karachi causing roofs and walls to collapse in various parts of the city.

The wind that blew from West dropped mercury, which according to Pakistan Metrological Department was expected to come down to single-digit, ranging from eight to nine degrees Celsius from January 22-26. Moreover, in few areas, the visibility was badly affected dropping it to zero causing disruption to the flow of traffic.

People were directed to stay away from signboards and old trees to avoid injuries. In the meanwhile, various camps of Jamat-e-Islami, set up to protest against the passage of Sindh Local Government Act. outside the Sindh Provincial Assembly, were also de-rooted due to strong winds. As of Friday, the maximum temperature of the metropolis was reported 21 degree Celsius .

Earlier, the PMD forecast that Karachi would receive a strong wave of wind from 21 January which would cause the temperature to fall to single-digit till January, 26th. The PMD had earlier forecast that under the influence of westerly system, main cities of Sindh may face temperature ranging between four to five degree Celsius in the days to come.