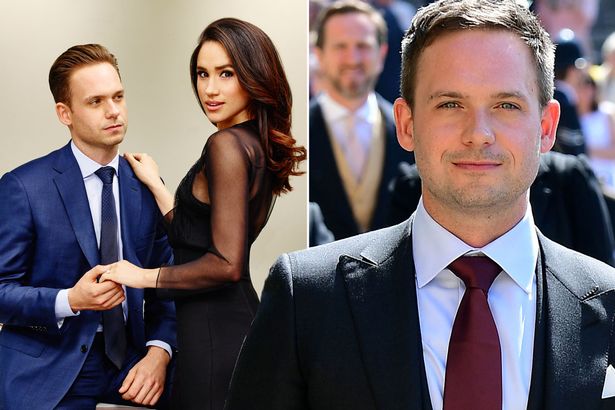 Meghan Markle’s steadfast friend and her onscreen husband Patrick J Adams, who has been vocal in defending the Duchess of Sussex over the years, blasted the trolls attacking his former co-star.  The father-of-two, who worked with the Duchess of Sussex on hit law drama Suits from 2011 to 2017, took to Twitter to strike back at the conversations surrounding Meghan and him, asking trolls to “do to better.”

The actor wrote: ‘Hello to the people and many bots debating all things Markle and including me in the conversation. I just want you to know a couple of things. 1. I don’t read any of it. 2. Life is short. 3. There has to got to be better things for you to be doing. Even you, bots.’

Meghan’s former co-star has hit out after being constantly ‘pulled into’ debates surrounding the Duchess.

Canadian actor Patrick, who attended the Duke and Duchess of Sussex’s wedding alongside Royals,  previously labelled the Royals ‘toxic’ while also defending Meghan as a ‘powerful woman’ ahead of her tell-all Oprah interview with Prince Harry.