* Information minister emphasizes need for reducing 'bitterness' in politics
* Says politicians need to understand their responsibilities, as ruckus in Parliament brings a bad name to them 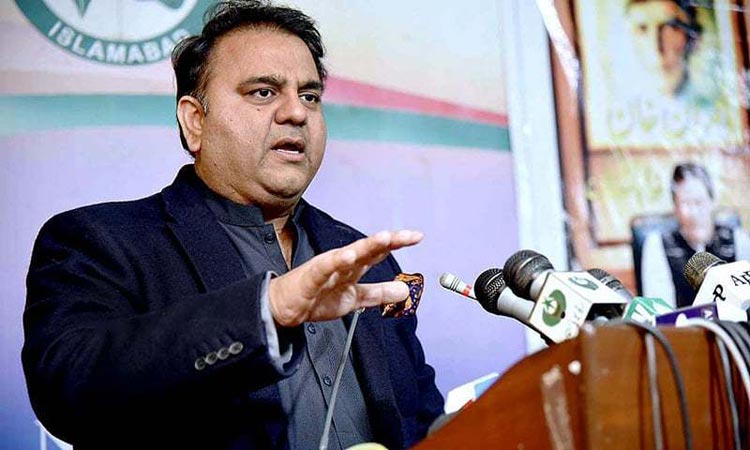 Acknowledging the need for reducing what he called ‘bitterness’ in politics, Federal Minister for Information and Broadcasting Fawad Chaudhry Saturday held out an olive branch to the opposition on the New Year.

In a tweet, Fawad – who spares no occasion to put the opposition on the back foot, said, “At the beginning of the New Year 2022, I think we need to reduce bitterness. The government and the opposition should talk on elections, economy, political and judicial reforms.

“Pakistan is a great country. We need to understand our responsibilities. It diminishes the prestige of politicians. Ruckus in the parliament lowers the repute of politicians in the eyes of the common man.”

The government and the opposition’s latest bout is over the Finance Supplementary Bill 2021 and the State Bank of Pakistan (SBP) Amendment Bill 2021. If passed, the former will bring a new wave of inflationary pressure and the latter would grant complete autonomy to the central bank and place a complete restriction on the government’s borrowing from the SBP – something which the opposition believes is akin to “surrendering the country’s financial sovereignty”. Meanwhile, PML-N spokesperson Marriyum Aurangzeb took to Twitter and shared her views about the New Year and a swipe at the PTI-led government.

She wrote: “InshaAllah, 2022 will bring good days and happiness for the masses. The country will get rid of the PTI regime and the year will be of constitutional supremacy and law.” She further said that the country will get rid of the high inflation, deteriorating economy, and unemployment brought by the government. Aurangzeb said basic necessities like sugar, wheat, petrol, and medicines will have a price reduction in 2022 and that the country will be free of the promised “tabdeeli” (change).