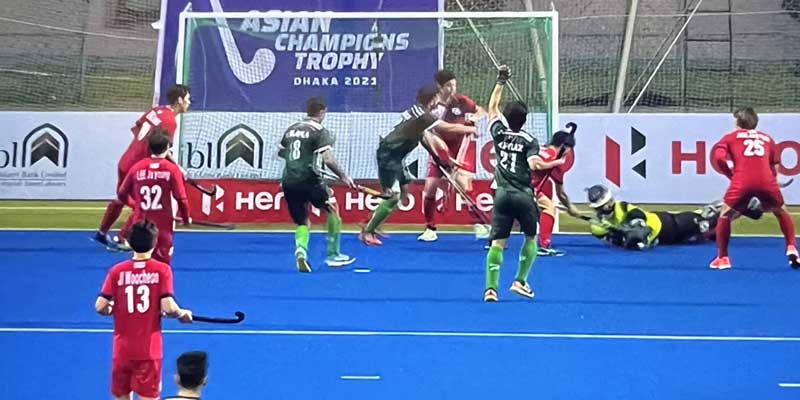 LAHORE: Pakistan played a 3-3 draw against South Korea in their third match of the Asian Hockey Champions Trophy in Dhaka, Bangladesh on Saturday. In a closely-finished contest, both teams displayed competitive skills to counter-attack on opponents. Pakistan’s Afraz scored the opening goal for his team who equalized the score 1-1 in 24th minute. South Korea’s Kim Kyubeom scored first goal in 14th minute. Rana Abdul Waheed took lead by injecting second goal for Pakistan in 33rd minute. Thereafter, South Korea came up with back-to-back goals to make it 3-2. But, Pakistan made the most of penalty corner in 57th minute to level the score 3-3. With this result, Pakistan held two draws against South Korea and Japan followed by a defeat at the hands of arch-rivals India. They managed the fourth position after playing three matches so far in a six-team tournament. The Green Shirts will next play against Bangladesh on Sunday (today).