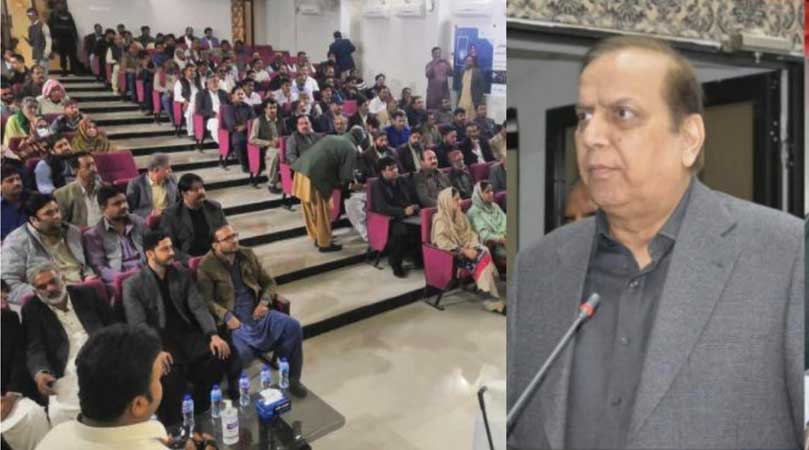 Sindh’s Minister for Energy Imtiaz Ahmed Sheikh on Thursday inaugurated the Sindh Solar Energy Project in Khairpur in collaboration with the World Bank. The inauguration ceremony was held at Sachal Auditorium Hall, Khairpur.

Addressing the inaugural function on the occasion, Provincial Minister Imtiaz Ahmad Sheikh said that in pilot phase, it is launched in Khairpur and Sanghar and would be further extended to the 10 districts of Sindh after the launch. The solar energy project will benefit the people of remote areas of the province and provide relief to the people from the hassle of heavy electricity bills.

He further said that the Sindh government’s energy department has come out with a commitment to provide electricity to the people of the province and to enlighten the villages and is also giving 40pc subsidy to the people for purchasing solar system under the solar energy project.

He said that the Sindh government has the full support of the World Bank for this project and it is a great gift from the Pakistan People’s Party government to the people.

The ceremony was attended by PPP MNA Nafisa Shah Jeelani, MNA Fazal Shah Jeelani, MNA Mehreen Razzaq Bhutto, the business community and members of civil society in large numbers. On the occasion, MNA Nafisa Shah Jeelani, Fazal Ali Shah, civil society and business leaders termed the solar energy project of Sindh government’s energy department as very useful for the people of the province and said that it would provide cheaper and easier electricity to the people. Electricity will be available to people on easy instalments.