Screening test for CSS to be held in February 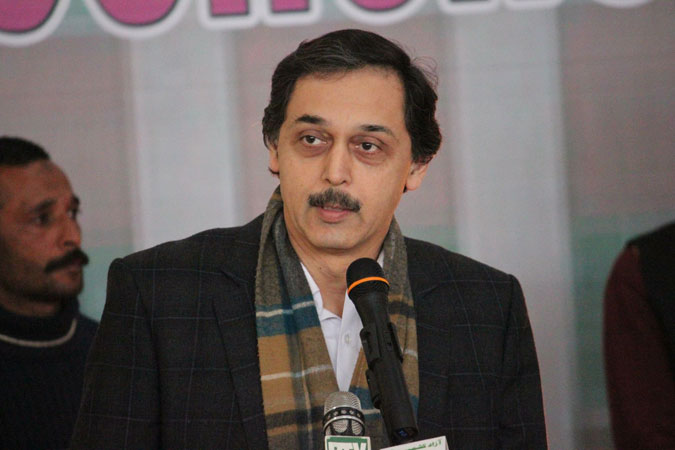 Special Assistant to the Prime Minister on Establishment, Mohammad Shehzad Arbab on Thursday announced that the screening test for Central Superior Service (CSS) Competitive Exam (CE) 2022 would be held in February next year.

Shehzad Arbab made the announcement at a news conference along with Federal Public Service Commission (FPSC) Chairman Capt. (R) Zahid Saeed. The MCQs (Multiple Choice Questions) based Preliminary Test (MPT) prior to main written examination of CSS was accorded approval by the Federal Cabinet in its last meeting. The SAPM said the screening test was aimed at filtering the serious candidates for the CSS written exam. It would prove to be a ‘win-win’ not only for the FPSC, but also for the candidates by saving the time of FPSC, as well as, students. He said the initiative would reduce the CSS recruitment process from 20 months to 12 months, enabling FPSC to effectively select highly motivated candidates for the main CSS exam. Shehzad said the screening test before competitive examinations was being practiced all over the world. The test did not take into account domain specific knowledge required to perform in various groups.

He said the matter was earlier considered in Cabinet meeting held on December 10, 2019, wherein the proposal for introduction of screening test prior to written exam was not approved.

Over the years, the SAPM said the number of applicants for CSS CE had increased. The FPSC had observed that from 1998-2019, on average, the number of applicants increased by 10 percent annually and for the years 2020 & 2021, a surge of 69 percent was seen as compared to previous years that had resulted in decline in passing percentage and increase in processing time. Chairman FPSC Zahid Saeed said score of MPT would be valid only for the same year’s CSS CE and would not be counted towards overall marks determining final merit position. He said all graduates having at least second division in bachelor’s degree and between the age of twenty-one to thirty years on the cut-off date December 31, 2021, would be eligible to apply. Two year age relaxation would be admissible to the Category Specified in CSS CE Rules 2019. There would no negative marking in MPT. It would comprise of 200 MCQs of One Mark each. The time duration would be 200 minutes, he added. For the purpose of transparency, the FPSC chairman said answer key would be uploaded on FPSC website same day of MPT.

The FPSC chairman said the commission conducted a statistical analysis of past five years and it was evident from the said analysis that most of the candidates including from Balochistan and Sindh had scored at least 33 percent marks in compulsory subjects in written part of the examination.