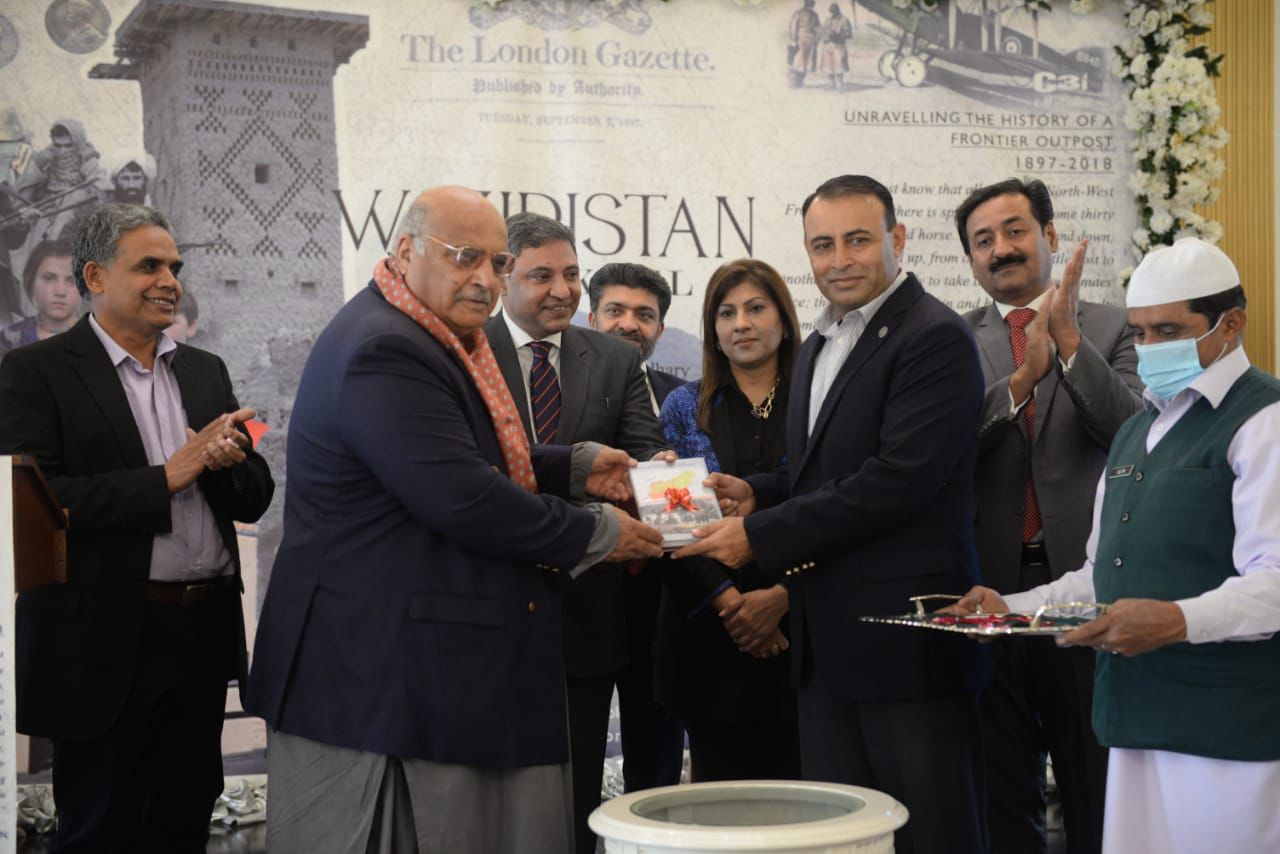 A fascinating new book titled ‘Waziristan Datta Khel’, which sheds light on the history and culture of the land goes deep into its military aspect and significance.
It is written by Brigadier Sajid Muzaffar Chaudhry who has worked extensively on terrorist narratives and formulation of counter-narratives, post-conflict rehabilitation and perception management.
The book launched on Saturday amidst the presence of educationists, scholars and the author himself.
This extremely interesting book provides a deep insight into the turbulent history of the enigmatic land called North Waziristan and especially its furthest tehsil of Datta Khel.
The author has a long association with the erstwhile Tribal Districts including Waziristan as a soldier and administrator and his deep insight as well as love with the land and its people is amply reflected in the book. Written while the author was serving in North Waziristan’s Datta Khel, it is a valuable addition to the scarce literature on the area in contemporary times.
The writer says that the book is dedicated to the officers and men of the Pakistan Army, the Paramilitary Forces and the patriotic citizens, who lived, fought and died, hand in hand to cleanse the land of “Fasad” and make the Pakistan flag fly in the remotest corners of the country.
The book is an attempt by a military officer to discuss the topography, ethnography, history, culture and society from ancient times to the present. The book which is divided into six chapters discusses different dimensions of former tribal areas in general and of the Datta Khail area of Waziristan in particular.
The first chapter titled “Introduction” discusses the topography, ethnography, tribal configuration, cultural aspects, livelihood and natural resources of the area.
The second chapter titled “From Antiquity till World War I” briefly elaborates the region from ancient History to the advent of Islam and to the Mughal Era, the arrival of East India Company, to the Rise and Fall of Sikh rule. The British occupation of Punjab, The Great Game, the rise of the corps of Guides and the Punjab Irregular Force are briefly touched.
The chapter further highlights British first contact with Waziristan, the subsequent military operations and their reactions, the Second Anglo-Afghan War, the Forward Policy, the creation of Durand Line to the famous Frontier uprising of 1897-98.
Chapter three which is given the title “Post WWI to 1947” explains the two major issues confronted by the British Raj; one is the major developments in the Datta Khel region that includes the raising of Tochi Scouts in 1922 and the establishment of posts in Khar Kamar etc.
The second important part of the chapter elaborates the rise and resistance of Faqir of Ipi a Pakhtun icon, who was a constant headache for the British Raj for almost a decade. The British utilised thousands of troops and millions of pound sterlings to quash his resistance but in vain.
The fourth chapter titled “From Independence to the Rise of Talibanisation begins with the Kashmir issue which developed immediately into a conflict between India and Pakistan.
The participation of the tribesman in this war is highlighted.
The chapter continues the story of Faqir of Ipi armed rebellion against the newly established state of Pakistan, his offensive in the area, Pakistan military response till his death in 1960. The visit of Prime Minister Zulfiqar Ali Bhutto to North Waziristan, the reoccupation of Datta Khel Post, briefly highlighting the Soviet invasion of Afghanistan in 1979, its withdrawal and the civil war which followed, the inter tribes clashes over Datta Khel Bazar ends the chapter.
The title of the fifth chapter is “Talibanization & Military Operations” which explains the most important part of our recent history. Operation Enduring Freedom against the Taliban’s government in Afghanistan, its fallout, the regrouping of various groups of Taliban in the tribal areas, the creation of Tehreek e Taliban Pakistan, and various operations launched by Pakistan Military such as Operation Khattai Killi, Operation Lasting Justice, Operation Village Mazer, Operation Rashide, Operation Sanzalai, the famous operation Zarb e Azb in 2014 and Operation High Tide. 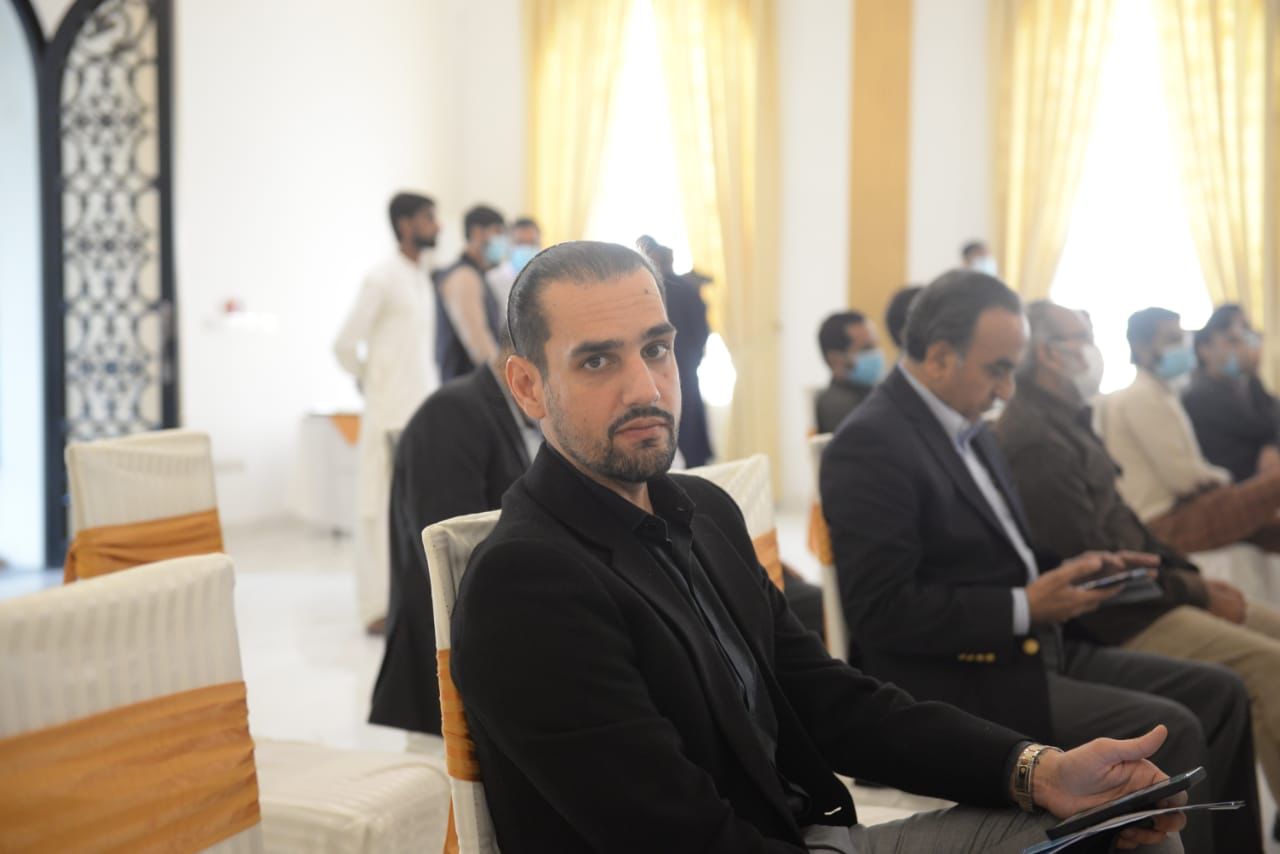 The last portion contains the views of some tribal elders and information about prominent figures of the area. “Rebuilding- A New Face’’ is the sixth and last chapter. This chapter elaborates on the post-Operations challenges concerning the rehabilitation, reorganisation and reconstruction of the tribal areas, affected by military operations. The work done by the Pakistan Army and civilian authorities in education, health, communication, the revival of the local culture and celebration of National Days. Details of De-weaponisation efforts as well as a list of fallen soldiers are mentioned.
The book also has detailed Annexures containing details of major events of Datta Khel, ambushes and Improvised Explosive Device attacks, Education, Health facilities and population profile. The book ends with an index.
This book is based on first-hand data as the author has served in the tribal areas and in particular Waziristan as a Pakistan Military officer and administrator.
In fact, this book has been written while the author was serving in North Waziristan-Datta Khel on active duty.
The author is personally involved in the military operations and rehabilitation and reconstruction process vividly and vibrantly explained his experiences and acquaintance with the area.
The author has strived hard to write a good work to highlight the history, culture, society and ethnography of the area especially the Datta Khel area of Waziristan.
The fascinating and curious part of the book is the information and details of various military operations conducted by Pakistan Armed Forces provided by the author who himself was part of it and the official documents shared by him made the book extremely valuable.
What makes the book signing to be studied is that it has been written by a person having passion, curiosity and a spirit of inquiry to know and share important official documents, his personal experience and understanding of the area with others.