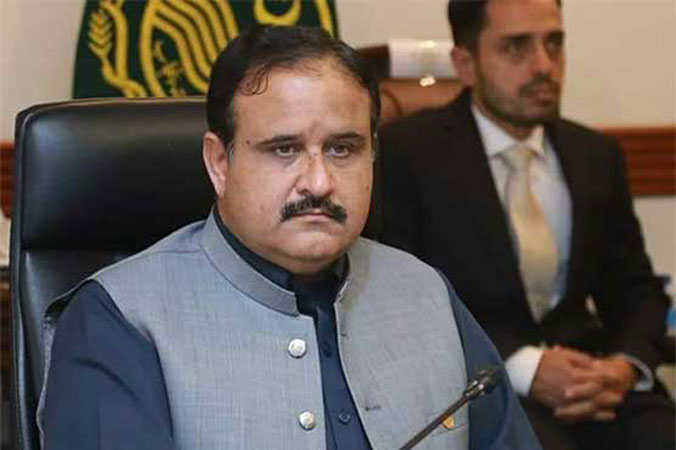 Addressing a ceremony held at Waqar un Nisa Women University, the Chief Minister said that a total of 21 universities were being set up in Punjab.

He said that there were 60 women colleges in Rawalpindi division for the higher education of the girls. “We took solid steps to bring far-reaching and lasting changes in the field of education and health,” he added.

He said, “We are working hard to bring visible changes in the province.” The Punjab government was pursuing a policy to equally develop all areas of the province, he said, adding that education and health were among top priorities of the government.

He informed that 124 percent health budget was increased this year while 29% budget for school education was enhanced besides the 286% increase of the budget for higher education.

A plan to establish 21 new universities in different areas of the province was formulated. Six universities had already been set up while approval for nine universities was also given, he said adding, a project to establish six more universities was in the final stage. The CM said, preparation for setting up another university in Attock was in full swing. In the field of education, ‘Rehmat-ul-Alameen’ Scholarship programme was successfully being run in Punjab province. So far, 10,574 scholarships worth over Rs 273 million had been given to talented and deserving students, he informed.

Usman Buzdar said that the Punjab government would provide 29,142 scholarships worth Rs one billion this year.

He said that Seerat Chair had been established in Islamia University Bahawalpur, Ghazi University Dera Ghazi Khan, Okara University, University of Chakwal, Bahauddin Zakariya University and Bahawalpur University. The researchers would be assisted under the chair, he added.

Efforts were also being made to ensure participation of the people from all walks of life, including students of schools, colleges and universities in Ashra of Rehmatul lil Alameen.

He formally announced that Government Post Graduate Waqar un Nisa College for Women has been upgraded to university level and congratulated the residents of Rawalpindi city particularly Sheikh Rashid Ahmed, all the ministers and members of the National and Provincial Assemblies.

Four faculties are being established in the university in the first phase. Initially funds amounting to Rs 1 billion would be provided to the university, he said.

The CM said that there were a total of 371 development projects worth Rs 132.31 billion in Rawalpindi. Nullah Lai Expressway and Rawalpindi Ring Road projects would prove to be game changer. Nullah Lai and Rawalpindi Ring Road projects had also been approved, he added. Earlier, in his address, Federal Interior Minister Sheikh Rashid Ahmed thanked Sardar Usman Bazdar for up-gradation of Waqar un Nisa Women College to university level.

He said, “Today is a very important day in my life.” Nullah Lai project would be kicked off on December 25, he said adding, Mother and Child hospital would also be inaugurated soon.

Sheikh Rashid said, “We have achieved the target of establishment of 60 educational institutions in Rawalpindi.”

Rawalpindi was at top position in female education across the country, he said adding, “We provided education facilities at the door steps of the female students.”

Today in just one Dhoke Hassu school and college nearly 5000 female students were registered and getting education.

No one could defeat the girls of Rawalpindi city as they were educated. A daughter of a rickshaw driver had got a top position in CSS from Rawalpindi city, he said. Chief Minister Usman Buzdar along with Interior Minister Sheikh Rashid unveiled the plaque of the up-gradation of Waqar un Nisa Women College to the status of a university. Federal Parliamentary Secretary for Drug Control, Sheikh Rashid Shafique, Punjab Minister for Higher Education, Yasir Humayun, principal, teachers and a large number of students were present on the occasion.