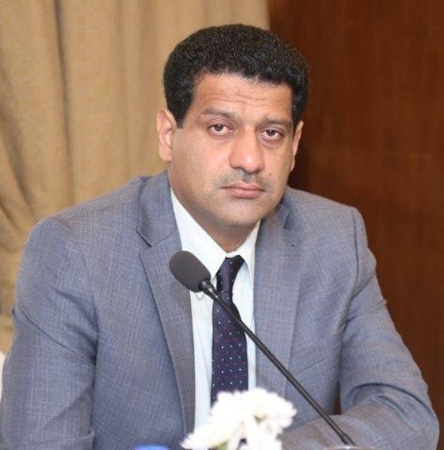 The central committee of Balochistan Awami Party (BAP) on Tuesday appointed the former minister Zahoor Ahmed Buledi as party’s acting president till the intra-party elections, as Balochistan Chief Minister Jam Kamal Alyani denied that he had formally resigned as the party chief.

In a notification issued by the party’s General Secretary Senator Manzoor Ahmed Kakar said that the party has decided to appoint Zahoor Buledi as acting-president to deal the party affairs till the election of new office-bearers of the party. Senator Saeed Ahmed Hashmi, the founder of the party has made the decision after consultation with senior party leadership. Zahoor Buledi confirmed his appointment and twitted “Alhamdulillah honored being nominated as acting president of BAP after resignation of party president Jam Kamal Khan. I will serve the party with consultation of all senior leaders and workers.”

The position fell vacant after the resignation of Jam Kamal Khan from the post of president to conduct intra party election. Jam Kamal, the province’s CM has been leading the party since its establishment. The ruling party has also announced the holding of intra-party election next month. The intra-party elections were one of the long standing demands of the workers and other office-bearers.

The news of Alyani’s resignation had surfaced earlier this month, amid a deepening political crisis in Balochistan and calls by BAP lawmakers and others for him to step down as the chief minister. The chief minister had announced his resignation in a tweet, wherein he had asked the party’s central organiser and general secretary to “announce BAP party elections at the earliest”. “Alhamdulillah served a good three year[s] as party president and relinquish from my party presidentship post today,” he had added.

In a statement dated October 11, BAP General Secretary Manzoor Ahmed Khan Kakar had referred to the tweet, saying that a party meeting had been called and it had been decided to make Buledi the acting head, as the appointment of an acting party president was essential for holding intraparty elections. He added that the Election Commission of Pakistan was being informed of the development.

Blaming the “irresponsible social media [users]” for the confusion, he said no factions were being created in the BAP. Alyani went on to say that the dissenting BAP members who had turned against him were the ones who would meet him the most in the past. “I always gave time to them, and the doors of my office are still not closed for anyone,” he said. The chief minister said he would continue to make efforts to keep the party’s members united, adding that in case of disagreements, those in minority have to accept the majority’s decision. Referring to a recent no-confidence motion filed against him, Alyani said once the motion was presented, the majority’s decision would be accepted.

BAP leader Jan Mohammad Jamali confirmed the filing of the no-confidence motion, announcing that intraparty elections would be held in the second week of November. He added that the BAP had been divided into two groups, saying that he would ask the chief minister to convene a session of the party’s parliamentary committee. Jamali expressed hope that Alyani would be successful in appeasing the party’s disgruntled members. “Had he (Alyani) earlier taken the measures he is taking now [to keep the party united], what is happening today would not have happened,” Jamali added.

Meanwhile, some of the BAP’s allies, including the Awami National Party (ANP), Hazara Democratic Party and Jamhoori Watan Party, announced that they would not join the no-confidence move against Alyani. In this regard, ANP’s Muhammad Asghar Khan Achakzai said the political strife in Balochistan had existed since the formation of the incumbent provincial government. He claimed that the opposition had been “conspiring to stall the [province’s] progress from the first day”, and accused it of “placing hurdles in the way of the budget”. “We will fight all non-democratic moves made against the [Balochistan] government,” he vowed.