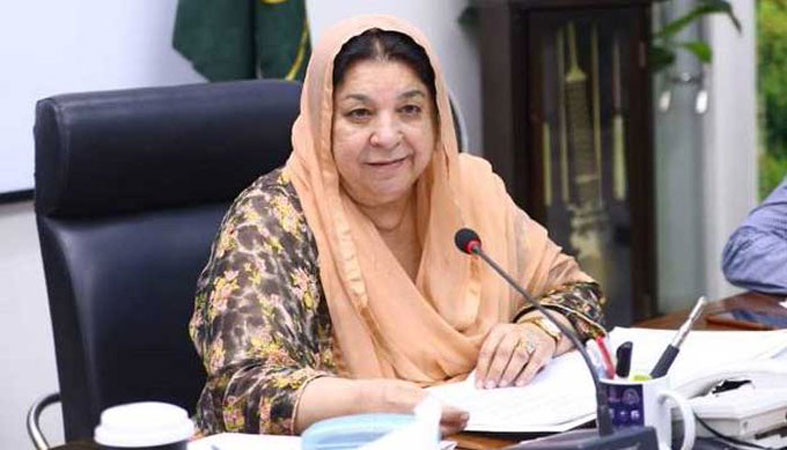 She also visited different units of the field hospital to see the arrangements. Special Secretary Ajmal Bhatti and Consultant Asad Aslam Khan gave detailed briefing to the minister about the arrangements. The minister met doctors and staff and advised them to take good care of patients.

Speaking to media during her visit, Dr Yasmin said that Health department provided doctors, nurses, paramedical staff along with oxygen and medicine supplies at the hospital. Dr. Asad Aslam Khan had been made the focal person of the Expo Field Hospital.

Doctors from Lahore’s General, Services, Jinnah and Mayo Hospitals had been deputed at the field hospital. Duty roster of doctors had been placed, she added.

There was no shortage of beds for dengue patients in Lahore and all such news were false, she said and added that based on increase in number of patients, the numbers of beds were being constantly increased.

The minister said that a total of 1209 patients had been reserved for dengue patients including those at the expo field hospitals. The expo center field hospital had been made functional for 24 hours and CBC test will be provided within 45 seconds. Patients testing positive will be admitted in the hospitals whereas those testing negative will be given medicines, she added.

She said that free treatment for fever will be given to all adding that all tests will be done free of cost. She said currently 28 dengue patients were critically ill. In case a patient having fever was unable to travel to the hospital, they can contact helpline 1122 and they will be transported to nearby public sector hospital, she maintained.

Most private hospitals had also reserved beds for dengue with support of Health department. All private labs were conducting dengue test in Rs. 90 and test can only be done on recommendation of doctor, she informed. The minister said that in government hospitals, this test was free for patients.

In the last wave, Rawalpindi whereas in current wave it had hit Lahore. In Lahore surveillance was done for 55,000 homes and larva was found at 1719 homes. She said coronavirus was also being dealt with dengue at the same time.

Dr Yasmin said that 1476 COVID-19 patients were admitted in Punjab hospitals and 51 of them were critically ill. She added, “We have 249 patients on ventilators currently in government hospitals.

Vaccination was underway at a fast pace and we had vaccinated more than 52 million people so far. Out of these people, 60 percent had received first and 40 percent received two doses. All vaccination centers were open for second dose even on Sundays.

The positivity ratio was 2.9 percent in Lahore and 1.9 % in Punjab. The coronavirus pandemic situation was better now. The Health department were working day and night to control dengue and coronavirus.

Responding to queries of journalists, the Dr Yasmin said that people can lodge complaint anytime at control room about public sector hospitals. She said, “We have a proper monitoring mechanism in place.”

No patients will be sent back coming to government hospitals with fever. Since January this year, eight people have lost their lives to dengue.

Dr Yasmin said that interviews for regular appointment of MS in hospitals will be conducted on next Tuesday and Wednesday. She said the hospitals under Primary and Secondary healthcare Department i.e. Kahna, Bedian, Sabza Zar and others areas had been given alert.