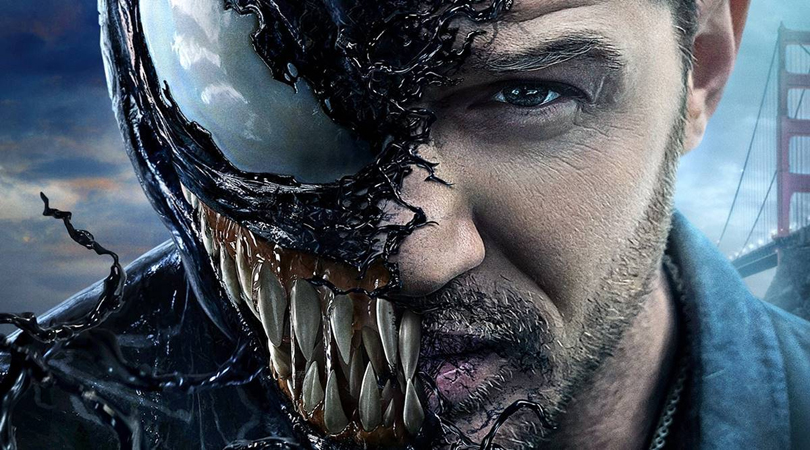 Director Andy Serkis’ Venom: Let There Be Carnage, starring Tom Hardy, chewed its way to the top spot at the Friday box office, with $37.25 million from 4,225 theaters. This is strong enough to make it the second-highest Friday of the pandemic era, following the $39.5 million that Marvel’s Black Widow debuted with. Unlike that film, however, Venom 2 is playing exclusively in theaters.

Sony is predicting a three-day total of $71.3 million, but some industry estimates put the opening weekend at $80 million. If Venom 2 hits that number, it’ll be neck-and-neck with the three-day opening of the first film ($80.2 in 2018). The reviews are certainly more favorable this time around; what was dismissed as silliness in 2018 is now being embraced. But fans have always been more enthusiastic about these movies; the first one, directed by Ruben Fleischer, became a surprise blockbuster with a final global tally of over $850 million.

Hardy doesn’t just star as the Marvel antihero, but he also contributed to the story, similar to what Jason Momoa is doing over at DC, with the currently-in-production second Aquaman movie. In Venom 2, the reporter Eddie Brock, played by Hardy, and the symbiote parasite in his body face Carnage, played by Woody Harrelson, who becomes the host of Venom’s spawn. 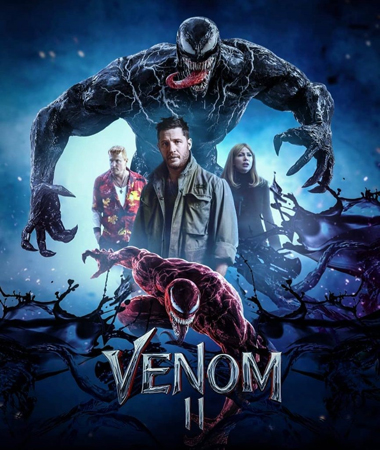 Coming in at the number two spot is The Addams Family 2, featuring the voice talents of Oscar Isaac and Charlize Theron. The animated sequel made $5.5 million on Friday and is on track to have a three-day opening of $16 million. The Addams Family 2 is available to watch at home via On-Demand retailers, including Amazon, Redbox, AMC Theaters On Demand, and more. The first movie, released in 2019, made over $200 million worldwide.

Hardy doesn’t just star as the Marvel antihero, but he also contributed to the story, similar to what Jason Momoa is doing over at DC, with the currently-in-production
second Aquaman movie

The number three spot went to Shang-Chi and the Legend of the Ten Rings, which had held on to the top spot for four weekends in a row. The Marvel movie is expected to add another $5.5 to $6.5 million this weekend, maintaining its position as the highest-grossing film of the pandemic domestically, with over $200 million.

At the number four spot is Warner Bros. The Many Saints of Newark, a prequel to the HBO drama series The Sopranos. Serving essentially as an origin story for the character Tony Soprano, the film is expected to make $5.3 million in its opening weekend. It should be noted that like every WB film this year, The Many Saints of Newark also debuted day-and-date on the HBO Max streaming service.

Rounding out the top five is Universal’s much-maligned Broadway adaptation, Dear Evan Hansen, which in its second weekend is expected to make $2.4 million, taking its domestic total to a lackluster $11.7 million.

Venom 2 has a week to gobble up as much money as it can, because by the next weekend, it will be in direct competition with No Time to Die, star Daniel Craig’s fifth and final film as the iconic British spy James Bond.