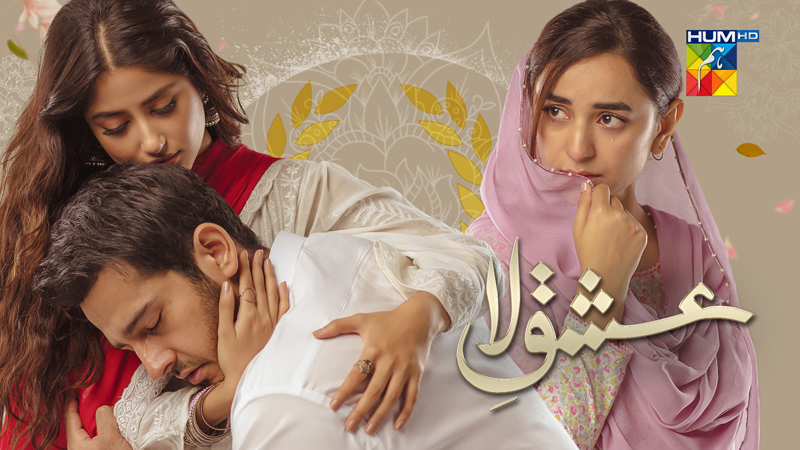 Teasers of the much-awaited drama Serial Ishq e Laa are finally out and have rightly prompted the response intended with the acclaimed Sajal Aly and Yumna Zaidi in lead roles.

What’s more interesting is the peek into Azaan Sami Khan’s promising performance both as the lead actor and OST singer.

Drama bears the mark of Hum TV and with the teasers and an OST now out, it has left people anticipating the screenplay. What do the glimpses available at our disposal tell us so far? Does the drama have a collection of tales converging at a love triangle? Perhaps.

The drama, as the melodious OST, teasers and whatever sneak peeks available suggest, revolves around the disparity of elite and working classes and what intersects these lines is love alone.

Sajal Aly comes across as a passionate journalist eager to tell stories by reaching out to her subjects, while Yumna Zaidi, appears to be amongst these subjects, or at least that’s how the few available sights have struck the viewers. Khan remains a constant with the two parallel characters starred by Aly and Zaidi. This brings us to think that the story lineup has intertwining affairs. But does it then involve an unrequited love and a lovelorn ending up with heartbreak, or rather there is an unanticipated turn of events waiting to be found out?

On the other hand, the eponymous OST by Khan marks two simultaneous debuts for the prodigy – son of maestro Adnan Sami Khan and veteran actor Zeba Bakhtiar, who also has an original album to his credit and we hope that he delivers on the expectations that come with his preceding reputation.