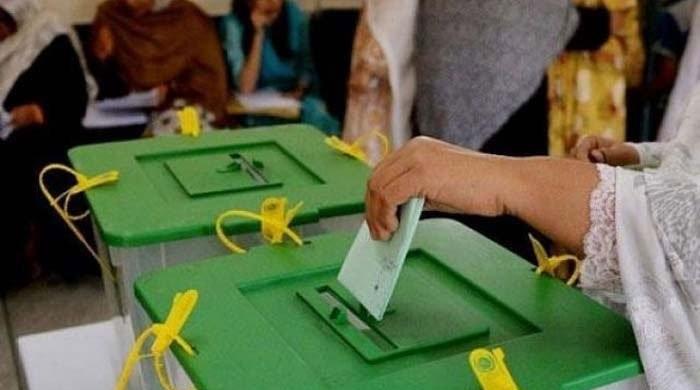 According to unofficial results, Pakistan Tehreek-e-Insaf (PTI) candidate Awais Zahoor got 819 votes, while independent candidate Sheikh Farooq Wohra stood second by securing 813 votes in Ward No.1 of Cantonment Board elections. PakistanTehreek-e-Insaf (PTI) candidate Awais Zahoor had won the Cantonment Board elections in Ward No.1 with a margin of 7 votes.

Pakistan Muslim League Nawaz (PML-N) Sheikh Umer Arshad had won the Cantonment Board Elections in Ward No.3 with a margin of 212 votes.

The Muttahida Qaumi Movement-Pakistan has emerged victorious in the local government elections of Cantonment Board of Hyderabad (CBH) which were held on Sunday, according to the unconfirmed and unofficial results.

The triumphant party secured 7 out of 10 seats in as many wards of theCBH, adding one more ward to its total as compared to the party’s 2015CBH win in which they had won 6 seats.

The candidates of the ruling Pakistan Tehreek-e-Insaf (PTI) secured third positions in 8 wards and second in one ward. The MQM-P’s MQM-P Abid Hussain won ward 2 with 927 votes defeating PPP’s Azra Miandad and PTI’s Rashid Mehmood who received 372 and 528 votes, respectively.

The wards 8, 9 and 10 were also secured by the MQM-P with its candidates Mukhtiar Ahmed, Ghulam Ali Qureshi and Shah Hussain Bukhari receiving 783, 601 and 496 votes, respectively.

The PPP’s candidates Faqeer Mohammad, Abdul Rehman Pathan and Qazi Ashhad Abbasi were elected by the voters of wards 1, 3 and 4 obtaining 662, 766 and 430 votes, respectively.

He said all the propaganda against his party had been watered down by the people who reposed their trust in the party’s leadership.

According to the unofficial results announced by Returning Officers, the independent candidate Rana Muhammad Ashraf won from Ward No 1 by securing 719 votes and Javed Anjum (Independent) got 608 votes and stand runner up. The independent candidate Ghulam Jilani Sheikh defeated his rival candidate by obtaining 158 votes while the PTI candidate Khalil Ahmed got 131 votes in Ward No-2. The PML-N candidate Akhtar Rasool Fareedi won from Warn No 3 by securing 321 votes while Muhammad Khalid Asad (independent) was runner up with 249 votes.

The independent candidate Khursheed Ahmed Khan won from Ward No-10 by securing 163 votes while his rival candidate Sarfraz Ramzan (Jamat-e-Islami) got 53 votes.
The polling process was remained peaceful.

According to Returning Officer (RO) Saleem Akhtar Khan, the total registered voters were 17,825 in the ten wards of the cantonment board where 16 polling stations were setup. However, the tight security arrangements were also made by the police and the City Police Officer (CPO) Munir Masood Marth was monitoring the security arrangements.