Pakistan will not have any ‘threat’ from Afghanistan 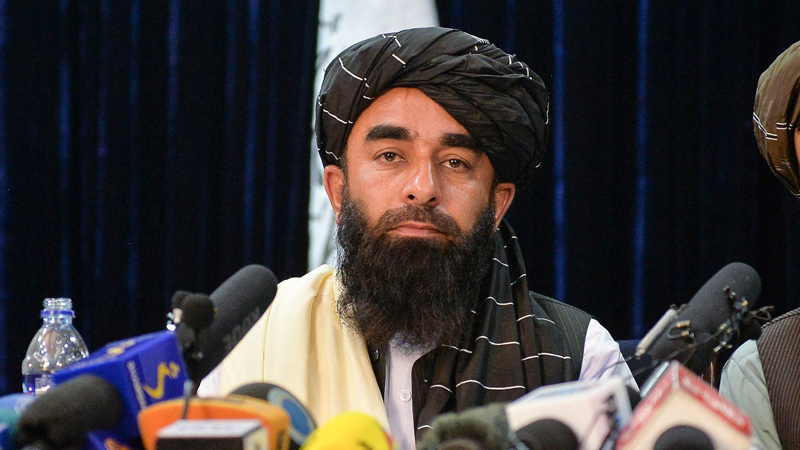 Spokesperson of the Islamic Emirate of Afghanistan Zabihullah Mujahid on Friday stated that Afghanistan appreciates the longstanding contributions of Pakistan towards the Afghan people.

Speaking at the Pak-Afghan Youth Forum’s International Conference titled ‘Rebuilding Afghanistan Together’, Zabihullah Mujahid said that Pakistan can rest assured it will ‘not have any threat from Afghanistan’. He said Afghanistan hopes Pakistan’s help to the Afghan nation will continue ‘in terms of its peace efforts and increasing the bilateral trade and commerce’, according to a statement issued after the event. He also said that the extension of China Pakistan Economic Corridor (CPEC) by linking it with Afghanistan was very important.

A day earlier, the Taliban spokesperson in an interview with an Italian newspaper had said that China will be their ‘major partner’ in efforts to rebuilt war-torn Afghanistan. He said China was ready to make the investment in Afghanistan and help rebuild the country. He clearly stated the Taliban value China’s Belt and Road Initiative as the multibillion-dollar project will revive the ancient Silk Road.

Mujahid said that China is also a “passport” for Afghanistan to reach international markets, adding that the neighbouring country will help them to utilise its rich copper resources.

Mujahid had last week told a private TV channel that the issue of the Tehreek-e-Taliban Pakistan (TTP) was one that the Pakistan government must resolve, not Afghanistan. “The future government will have the rightful say about this. However, our principle stance is that we will not allow the use of our soil by anyone for destroying peace in someone else’s country,” he had said in response to a question about TTP.

He said that if the TTP considered the Afghan Taliban as their leaders, “they will have to listen to them, whether they like it or not”. “The issue of the TTP is one that Pakistan will have to deal with, not Afghanistan. It is up to Pakistan, and Pakistani ulema and religious figures, not the Taliban, to decide on the legitimacy or illegitimacy of their war and to formulate a strategy in response,” he had maintained.